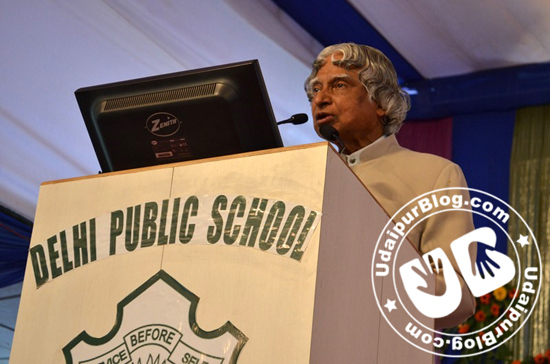 APJ Abdul Kalam is a man of great vision, an eminent scientist and engineer who served as the 11th President of India from the period 2002 to 2007. A person with the pure and down to earth personality was in the city of lakes yesterday. He arrived at the Maharana Pratap international airport at 3:30 P.M., and went straight to the circuit house for rest, where he enjoyed the pleasing and every refreshing view of our own Fatehsagar. After resting for about an hour Kalam sir took the the class of the Lakecity students in Delhi Public School at Chitrakoot Nagar. One could also see the crowd waiting outside for Dr. Kalam to have a view of our very own people’s president. In his half an hour class in DPS, the ironic missile man of India firstly asked the students about what they wanted to become in their future life. In this process he found that there were majority of the students who wanted to become engineers and lesser wanted to become a teacher.

Talking about building a personality, he added that one should have the knowledge as well as the purity of the heart. In this process he gave the students the knowledge equation i.e.

In his speech he did not forget to mention the role of mother in the prosperity of the nation.  In the series of questions and confusion many students raised their points to the iconic man. In this chain he told the students about how he enjoys his role of a teacher. On the question about India’s possibility to become the superpower by 2020, Dr. Kalam again reminds the role of a mother in nation building and explains “If a child keeps his mother happy, he will sure keep the family happy, if he makes the family happy he will surely make the Udaipur happy, and if he makes the Udaipur happy he makes Rajasthan happy, if he keeps the Rajasthan happy he indeed keeps the India happy and if country is happy then what more do you need to make the country a super power.”

On being asked about his source of inspiration, Dr. Kalam did not forget to mention his teacher V. Subrramanium Iyyer. On a question about why India is always giving a handful of friendship to Pakistan and is not using this hand to slap him for the activities, Kalam quoted “strength respects strength” and explained that being a democratic country we are not supposed to risk the lives of 112 billion people who rely on us.

Dr. Kalam, the teacher of ideas and an environment ambassador inaugurated the Eco Club of the School by watering a plant. In the end with a conversation with the principal of Delhi Public School, she shared her experience about the program and also felt honored as the great personality was between them in their very own campus. The facility provided by the school and the arrangements for the program was excellent. And they wish to have many more interactions of the eminent personalities with the ordinary students of Udaipur in the coming times.

A glimpse of the event can be seen below via the following photographs: 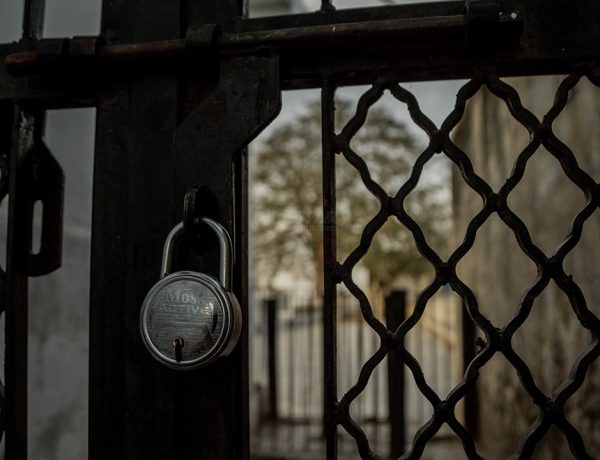 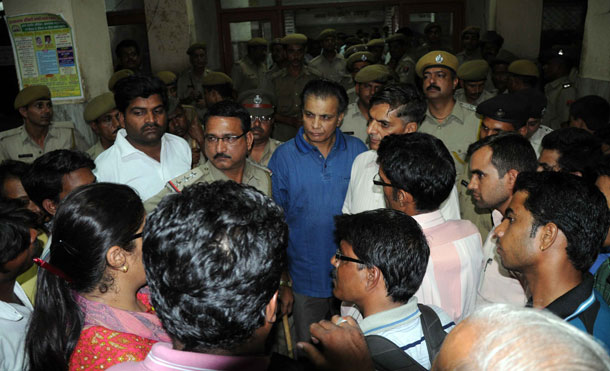