The nine-day festival of Navratri, , in Hindu religion devoted to the nine manifestations of Goddess Ma Durga. According to the Hindu calendar, Navratri begins from the first day of the bright fortnight of Ashwin which usually coincides with the end of the rainy season. The most important Navratri in a year is the Sharadiya Navratra which begins on the first day of the bright half of Ashvin or Ashwayuja (September-October) as per traditional Hindu calendar.

The nine days have great religious significance as Goddess Durga, the divine mother, had destroyed the evil force in the form of the demon Mahisashura during this period.

Durga, in Sanskrit means “She who is incomprehensible or difficult to reach.” Goddess Durga is a form of Sakti worshiped for her gracious as well as terrifying aspect. Mother of the Universe, she represents the infinite power of the universe and is a symbol of a female dynamism. The manifestation of Goddess Durga is said to emerge from her formless essence and the two are inseparable.

She is also called by many other names, such as Parvati, Ambika, and Kali. In the form of Parvati, She is known as the divine spouse of Lord Shiva and is the mother of her two sons, Ganesha and Karttikeya, and daughter Jyoti. Destroyer of demons, she is worshiped during an annual festival called Durga puja, especially popular among Bengalis.

There are endless aspects of Durga described in the Puranas and Agamas and the iconography is consequently very varied. She is usually pictured as having ten arms holding Sword, Conch, Discus, Rosary, Bell, Wine cup, Shielf, Bow, Arrow, and Spear. She is most often shown riding a lion from which comes her august name, Simhavahini, “She who stands astride the king of beasts”. She is gorgeously dressed in royal red cloth and has several ornaments decorating her personage. Her hair is dressed up in a crown (karandamukuta) which then flows out in long luxuriant tresses that are darkly luminous and soothing to the eye. The various tools reflect the eminent supremacy that helps in controlling the universe and obey her will.

Goddess Durga exists eternally, always abiding in her own sweet nature and inhabits the hearts and minds of her ecstatic devotees. As Shakti power, she shapes, nurtures, and dissolves names and forms, while as subtle spiritual energy called Kundalini, She lights the lotuses fo the seven centres of awareness in the sacred human body. Goddess Durga killed the powerful demon Mahish and all his great commanders. When demonic forces create imbalance all god unite becoming one divine force called Shakti or Durga.

The first day is devoted to the Maa Durga is called Shailputri, the daughter of the Himalayas. She is a form of Shakti, the companion of Lord Shiva.

The second day is dedicated to the Maa Durga is known as ‘Brahmacharini’. The name is derivative of the word ‘Brahma’, which means ‘Tapa’ or penace. She is also a form of Mata Shakti.

The third day is dedicated to the goddess Chandraghanta, the symbolic representation of beauty and bravery.

The fourth day is dedicated to the goddess Kushmandas, the creator of the entire Universe.

The fifth day is dedicated to the Goddess Skand Mata, the mother of the chief warrior of the Gods army the Skanda

Durga Puja begins in Bengal – Saraswati Puja Avaha The sixth day is dedicated to the goddess Katyayani with three eyes and four hands.

The seventh day is dedicated to the Goddess ‘Kalratri’, meant to make the devotees fearless.

The eight day is dedicated to the Mata Rani or ‘Maha Gauri’, represents calmness and exhibits wisdom.

The ninth day is dedicated to Durga also referred as Siddhidatri. It is believed that she has all the eight siddhis and is worshipped by all the Rishis and Yogis.

On the occasion of Navratri to worship goddess and celebrate festival in the form of Dandiya, there are so many places which are being set for Dandiya Ras. Most of the goddess temple like Ambamata, Neemachmata, Aavrimata, and Kalikamata has setup for Dandiya by the followers and so many other groups and mandals are there who do manage Pandal (Particular area which covered with Tents).On the ninth day of Durga Puja Havana (puja) is being done by the learn people who do follow all the rules and custom during this nine days festival. 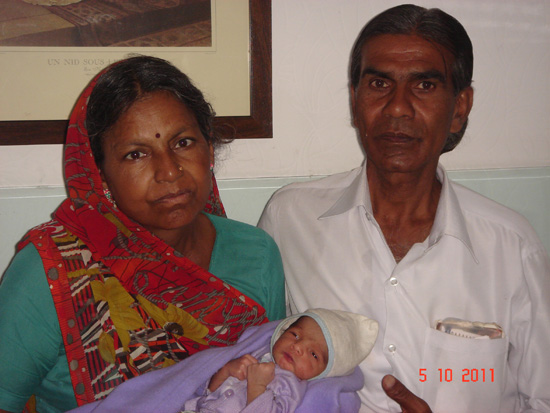