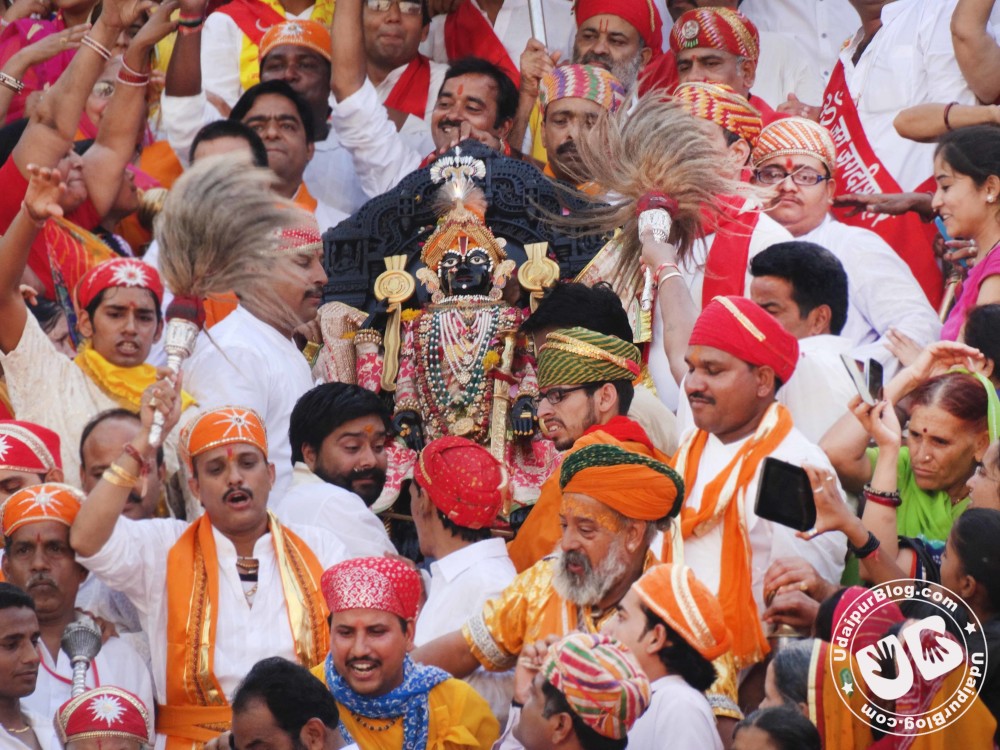 About the people of Mewar, it has been rightly said that they have saat vaar and nau tauhar that means that there are seven days in a week but nine festivals to celebrate. They are always so busy celebrating festivals that hardly does the din of one dies, preparations are afoot for celebrating the next one. One such procession is the annual Jagannath Yatra that starts from the famous Jagdish Mandir. Related to the Yatra is a fascinating ritual. The idol of Bhagwan Jagannath, who is worshipped as a living being is bathed every day. However, on Jestha Shukla Poornima, he is bathed with water of 108 golden pitchers. He is also offered mango juice in big quantity. No wonder he gets sick. To keep him warm, he is shifted from his ‘Singhasan’ to a resting place in the same room. For the next fortnight, he is given ‘Kada’ by the priests and is looked after by sister Subhadra’s older brother Balbhadra and Sudharshan chakra. He is given only fruits to eat.

The devotees do not get his ‘darshan’. But they visit the temple regularly to find out how is he getting on. There is no ‘Puja archana’ with ringing of bells. When he gets well on Ashad Shukla Ekam, a big variety of food is offered to him. His mother Devki used to give him Dal & Bhaat (rice) and roti. He relished it. So his devotees bring these food items for him. Regular ‘pooja’ also starts on this day. The devotees waiting for a fortnight for darshan, the lord himself goes round the town to bless them.

According to Pandit Hukum Raj, the Mukhya Pujan of Jagdish Mandir, there is a long history of Jagannath Yatra. The tradition started about 365 years ago when the ‘Pran pratishtha’ of the Mandir was performed and the idol of the lord was taken only around the premises of the temple. When the state of Mewar was merged with greater Rajasthan, there were difficulties in the Yatra as earlier it took place in the presence of the erstwhile rulers. After the passing away of Maharana Bhupal Singh, efforts were made to revive it. Due to the efforts of Raghunand, the erstwhile ‘pujari’ of the temple, various sects of the Sanataris come forward together for the organization of the Yatri. The small beginning has now become a big event with the active participation of several communities. It was decided to take the procession around the city about twenty years ago. The old ‘rath’ (chariot) was taken down the stairs of the temple by Raghunandan which highly elated him and the idol mounted on a camel cart went round the various parts of the city.

Cleaning and beautification of the ‘rath’ started days in advance by a small team of specialists. The silver white chariot has wooden horses and this year, it was painted with color, oil paint. A couple of days before the yatra, after the ‘evening aarti’ and after sprinkling gangajal and goumutra and setting up Ganesh in Jagdish Chowk the chariot was brought there in parts.

This year for the lord’s ‘parikrama’ in the premises of the 300 year rath has been replaced by a new one and gifted by a devout couple of Udaipur. The ‘rath’ was taken out in a procession led by Goswami Vageesh Kumar of Dhwarkadheesh Mandir, Kankroli, Mahendra Singh Mewar and Vishwaraj Singh Mewar.

The ‘rath’ was mounted on a camel cart. Dhwarkadheesh Prabhu band was in attendance. Women dressed in saffron clothes, carrying pitchers on their head were part of the big procession. The colorful procession that started from Sheetlamata Mandir, Samore Bagh passed through Bhatiyani chohatta came to Jagdish mandir. From Jagannath Dham located in Hiran Magri Sector 7 would start the Shahi Yatra of Jagannath Swami, Subhadara, Balbhadra and Sudharshan Chakra on the lines of the processing in Jagannath Puri, Odisha. It would start from the Mandir premises at 11 a.m and passing through Jodar Nursery, Savina chouraha, Phal-Subzi Mandir, Reti stand, Shiv Mandir, Macchla magra, Patel Circle, Kishan Pole, Rang Niwas and bhatiyani Chohatta join the main procession at Jagdish Chowk. There would be ‘aarti’ at different places including the Maha-aarti with 31,000 ‘dias’from 8:30 to 9:30 pm in Bapu Bazar, according to convenor Dr Pradeep Kumawat.

The preparation for the big event had started weeks in advance. Nimantran Patrika was prepared as the members of rathyatra samiti met the mahants of various sects. Political and social leaders and public in general to participate in the procession. The route of the yatra Ghantaghar, Bada Bazaar, mochiwada, Bhadbhuja Ghati, Bhopalwadi, Santoshi Mata mandir, teej ka chowk, Dhanmandi, Marshal chouraha, etc. has been decorated with flags. Several religious and social organizations would welcome the yatra at different places.

For the first time, a helicopter would shower 400 kg rose leaves at Jagdish chowk in 5 rounds. The yatra would be welcomed back at Jagdish mandir with aarti attended by thousands of devotees. Arrangement of mahaprasad for 8000 to 10,000 has also been made. The eagerly awaited yatra not only brings about harmony among different sects but also provides an opportunity for worship that enhances the religious faith. 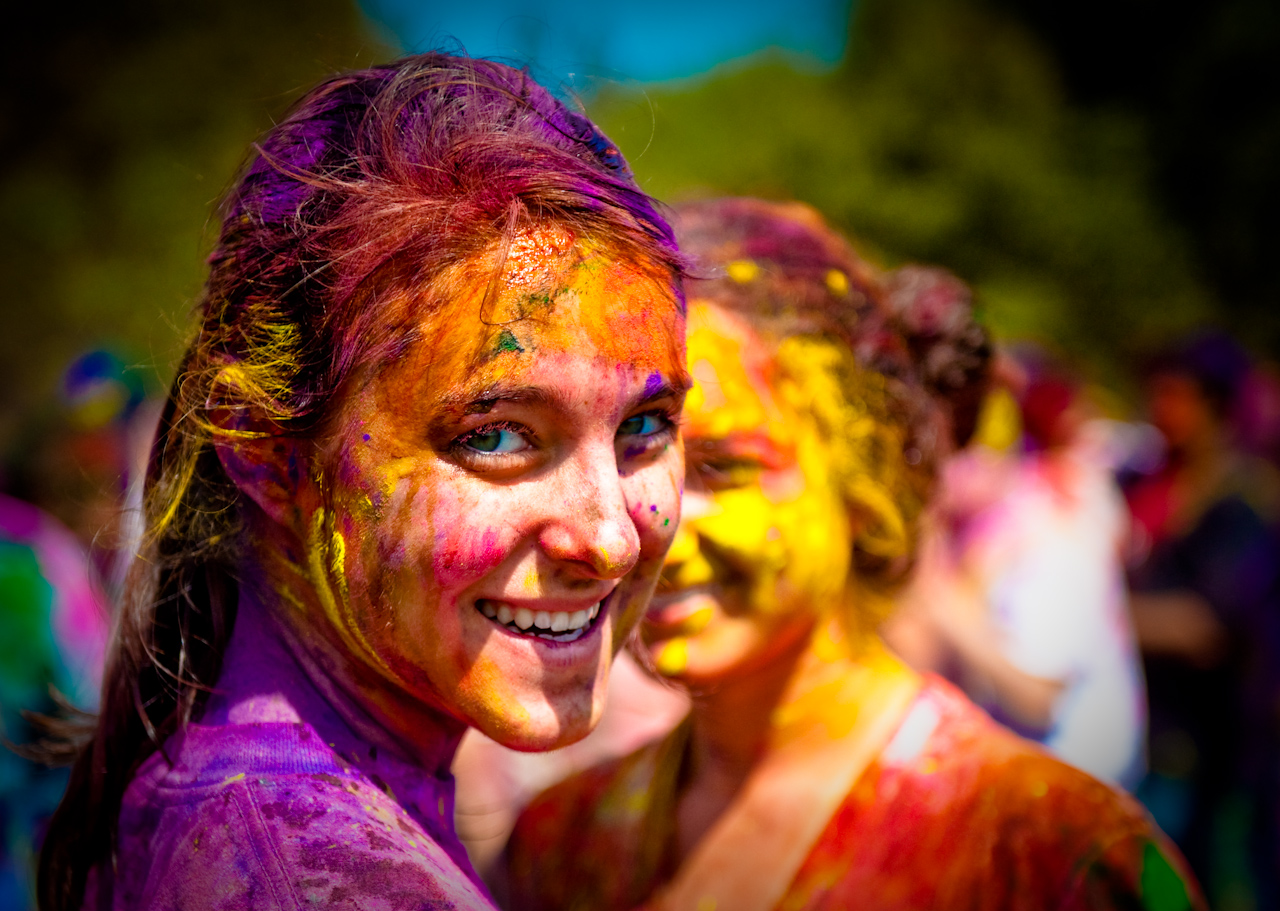 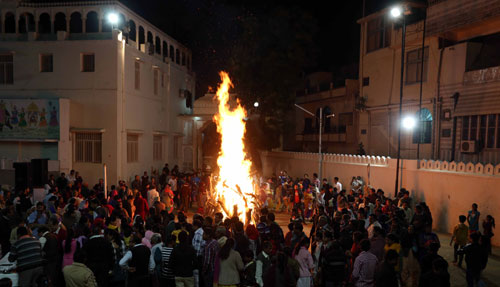 Ban on identified Single Use Plastic Items from 1st July 2022