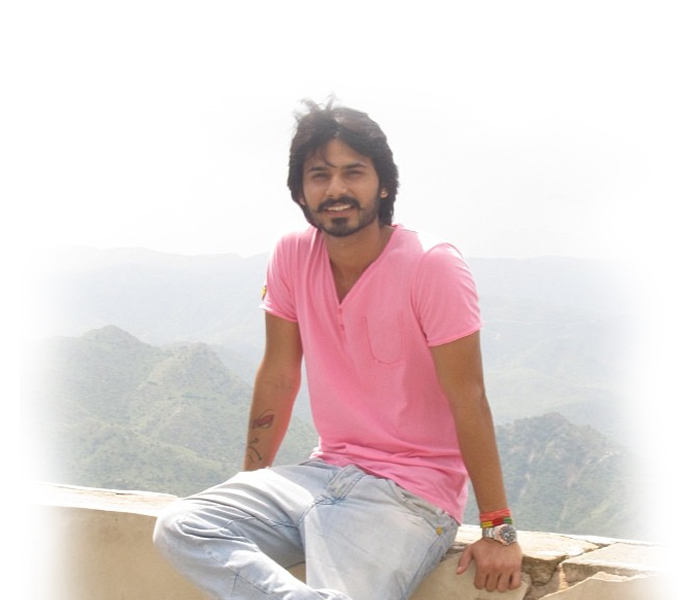 As the weather turned from a warm day to a rainy day, I had a feeling that this interview was going to be a special one because I was going to interview a Young Entrepreneur I have heard a lot about but knew nothing about. He was my age when he started his business and now he is an hotelier, a young and visionary businessman, a trend setter, a talented musician and a really nice human being.

Prateek Parihar started his hotel and restaurant business on his ancestor’s property near the Lake Fatehsagar at a very young age of 20 and went on to become a very well-known and successful person of Udaipur. Let’s hear from him the story of his life and his endeavour.

Tell us about yourself and the story behind the beginning of Panna Vilas.

“I have done my schooling from the St. Pauls and under-graduation from HL College of Commerce. After graduation I came back to Udaipur as I needed a job experience of 1 year at least before pursuing MBA. During this time it came into my mind to turn my ancestor’s property into a hotel and restaurant business in which I had quite an interest. So I utilized all the money I was going to use for my MBA fees to set up the Hotel Panna Vilas Palace.” You were very young when you started Panna Vilas, What did you had in your mind then? Any plans or strategy?

“I started Panna as a hotel with 6 rooms long before setting up the lounge & restaurant. I knew that it was going to be a place that I searched for in the city as a youngster myself.

Panna Vilas had done very well. Almost every person in Udaipur knows about it. It has become a name of quality. Did you expected such a positive response from the people when you started?

“No I did not expected such a positive response from the people. It was quite surprising and a sheer luck to be true. I believe if you provide a good service and place then the people are going to like it always.” Palanquin celebrates the beauty of the Lake Fatehsagar and the heritage of Panna Vilas with its beautiful & eco-friendly construction and its air- conditioned interiors made of recyclable materials such as glass & wood and a deck restaurant which is first in its class in the city.

At Palanquin one can enjoy both the feel of the roof top via deck and an air conditioned dining with the startling view of the Fatehsagar.

Let us hear more from the man behind this idea.

When did you get the idea of the Palanquin and about the deck design?

“We used to get a lot of complaints regarding shishas (hukkah) from the concerning parents and when we learnt that they are going to be banned in Udaipur we started shifting our focus to restaurant and the hotel.

A deck is basically a wooden structure above the water level. We incorporated this concept in our design and started to build a deck restaurant and an air-conditioned restaurant below it. Since most of the roof tops can run only during evening the Palanquin offers a comfortable dining during day time too and a roof- top experience via its deck.

But since the construction was banned near the lake side so we came up with an alternative idea of making a structure which does not utilises cement, concrete and other usual construction materials.” The Two level deck restaurant is built with eco-friendly materials.

The new Panna Vilas will not only feature the Palanquin but also some new additions in future such as more rooms, a lake facing conference hall, an indoor swimming pool and a spa.

Prateek Parihar is a dynamic person who is full of life and energy. He is still young and has a long way to go but what matters the most in the business are the initial years. That struggle and hard-work you put into your ideas before they become reality. This thought made me curious to know more about his initial years.

How were the initial years of your entrepreneurship?

“To be true I didn’t struggle too much. I was specialised in finance which is a totally different field. So the success of the restaurant was a sheer luck. I was more focused on making place better and again I believe in making customer satisfaction a priority. I tried to make Panna Vilas the best in its field and its offerings be it the food or the rooms or the shisha.”

“We have also hired a professional chef to provide authentic Mexican food from Dubai.” Panna has brought you a lot of fame. What do you have to say about that?

“You see restaurant and hotel industries are more of a glamour industries. Once your place is running well everyone begins to know you which in-turn builds a good PR.

I don’t think I’m famous. It’s just that people know me as a person who started a business in his twenties and it helps in building good relations. Udaipur is a small city and almost everyone knows each other so maintaining good relations is healthy.”

So is there any other family member involved with the business?

What is the best part of being an hotelier and a restauranter?

“Umm…your life becomes easy. You have staff to work for you. It’s not like you get too much money from the restaurant business. ”

Talking about hotel and restaurant industry what are your advice to the upcoming entrepreneurs?

“My advice to them will be that come into this field after you have thoroughly decided. Firstly because you have to deal with human resources which is becoming rare to find and is getting more costly.

Secondly, never start restaurant as your primary business. If you want to set up a secondary business than enter this field because in the starting 3-4 years it is very difficult to survive in this field. Most people are also not aware about essential business terms like third party insurance, food license etc.

But if you want to come into this field then come with proper preparation. Restaurants is a glamorous industry whose best parts are that life becomes quite easy and your liquidity is well maintained.”

Every entrepreneur needs an inspiration at some point. Who or what was your inspiration?

Other individual who inspired me the most was Fathegarh’s Joy Banna.. I met him during my schooling years through my father. He started off with HRH Group and went on to establishing a chain of hotels. I wanted to become like him. I still take advices and suggestions from him from time to time.”

You are a young person and must have witnessed the city with a unique perspective. How will you comment on the Udaipur’s growth and its potential for youngsters?

“I feel that Udaipur should not be developed. The development is destroying the natural beauty as well as disturbing ecological balance of Udaipur.

Apart from this the Udaipur’s expansion is going to decrease its tourism. Udaipur is no more a tourist destination according to me. It is becoming more of a wedding destination.”

I too agree with his views. The sudden growth of Udaipur is leading to quick loss of greenery and natural beauty. The unplanned expansion of city can be very stressful for its resources in future; on a serious note!

“…and considering for youngsters the city is going to take lot of time to develop for them. At least 10 years in my opinion. Our society is still not accepting the new trends easily.”

Indeed! We are far away from any developed city. I hope that in future this city becomes the best example of modernization amalgamated with culture beautifully.

Coming on to the last question of the interview. What are your future plans?

“I am currently pursuing degree in music from Trinity College, London. In future I’m planning to start a music academy focussing mainly on guitar.”

An entrepreneur in my views is a person with an idea and no knowledge about how big the idea is going to be. Since I have met many entrepreneurs during my interviews I have learnt a lot from them. However this interview has left a great impact on me and hope it leave such an impact on you too. Veiled behind the face of the business seeing these people doing the impossible is very inspiring. In fact I am writing this article for a brilliant mind, the founder of the UdaipurBlog, Sanjit Chohan.

Leaving the Panna Vilas with the lots of cherishable memories. Our team wished Prateek Parihar tremendous success in future. Visions he has for the city are definitely worth waiting for. Ending this beautiful interview I am going to leave you with the beautiful pictures of the Palanquin and the Panna Vilas Palace. Read More About Such awesome Entrepreneurs in Udaipur 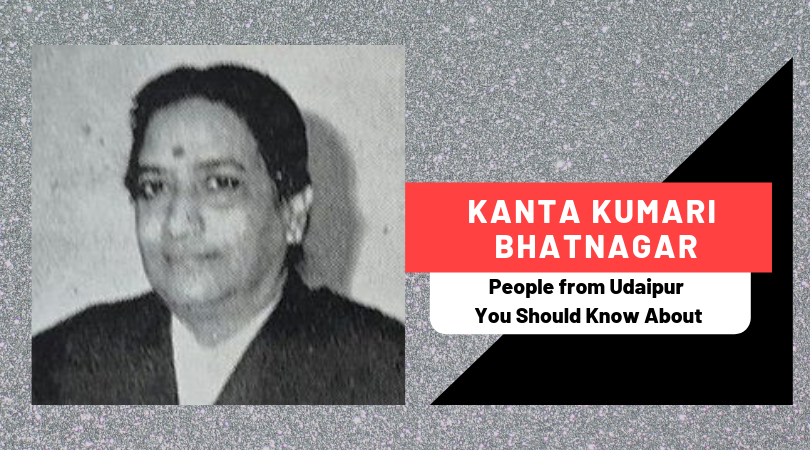 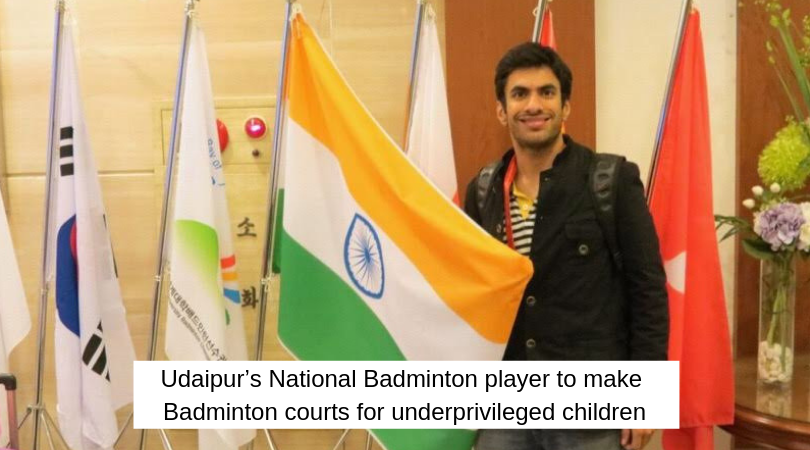 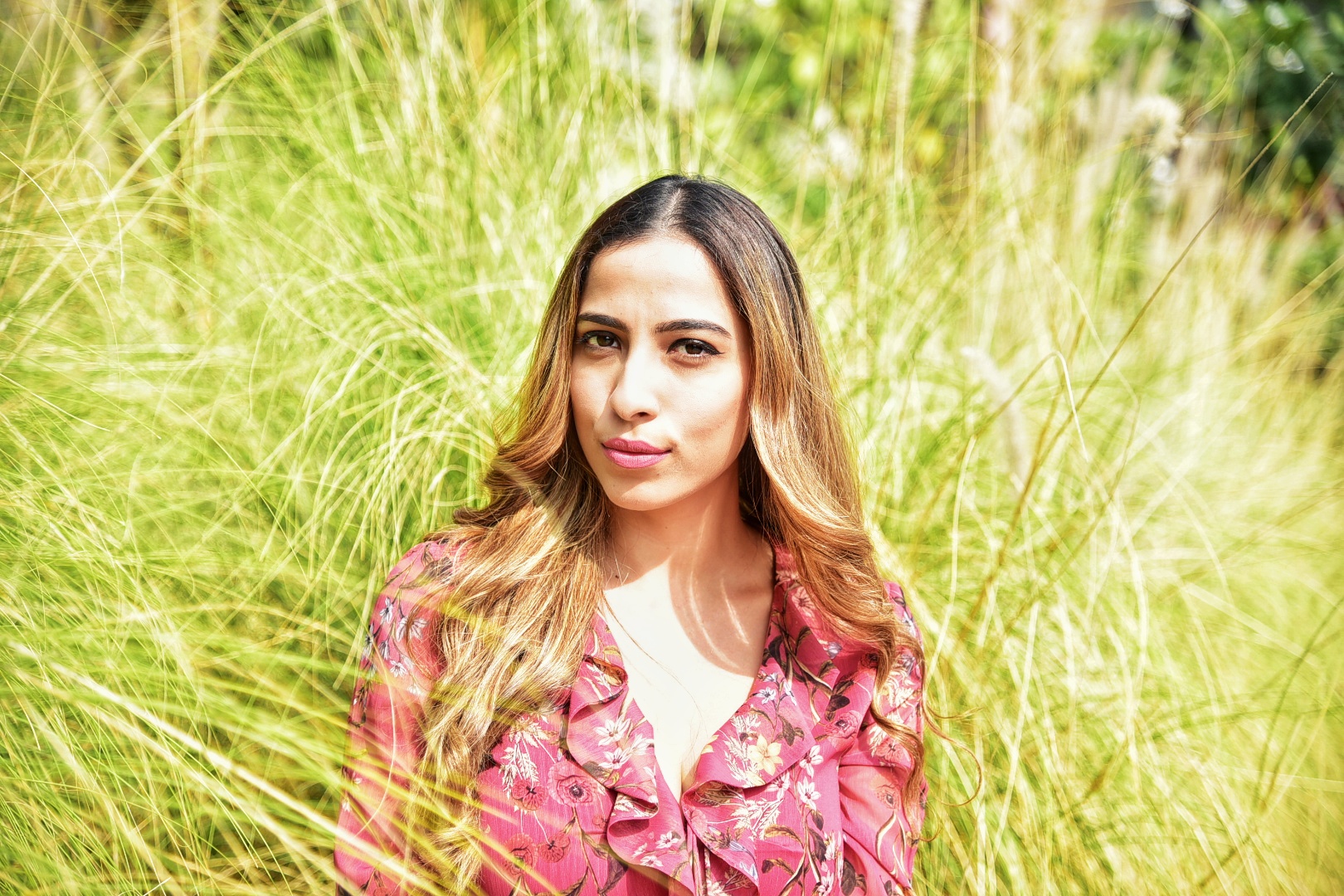 (AD) Be it a Birthday or a Date, the floor is your