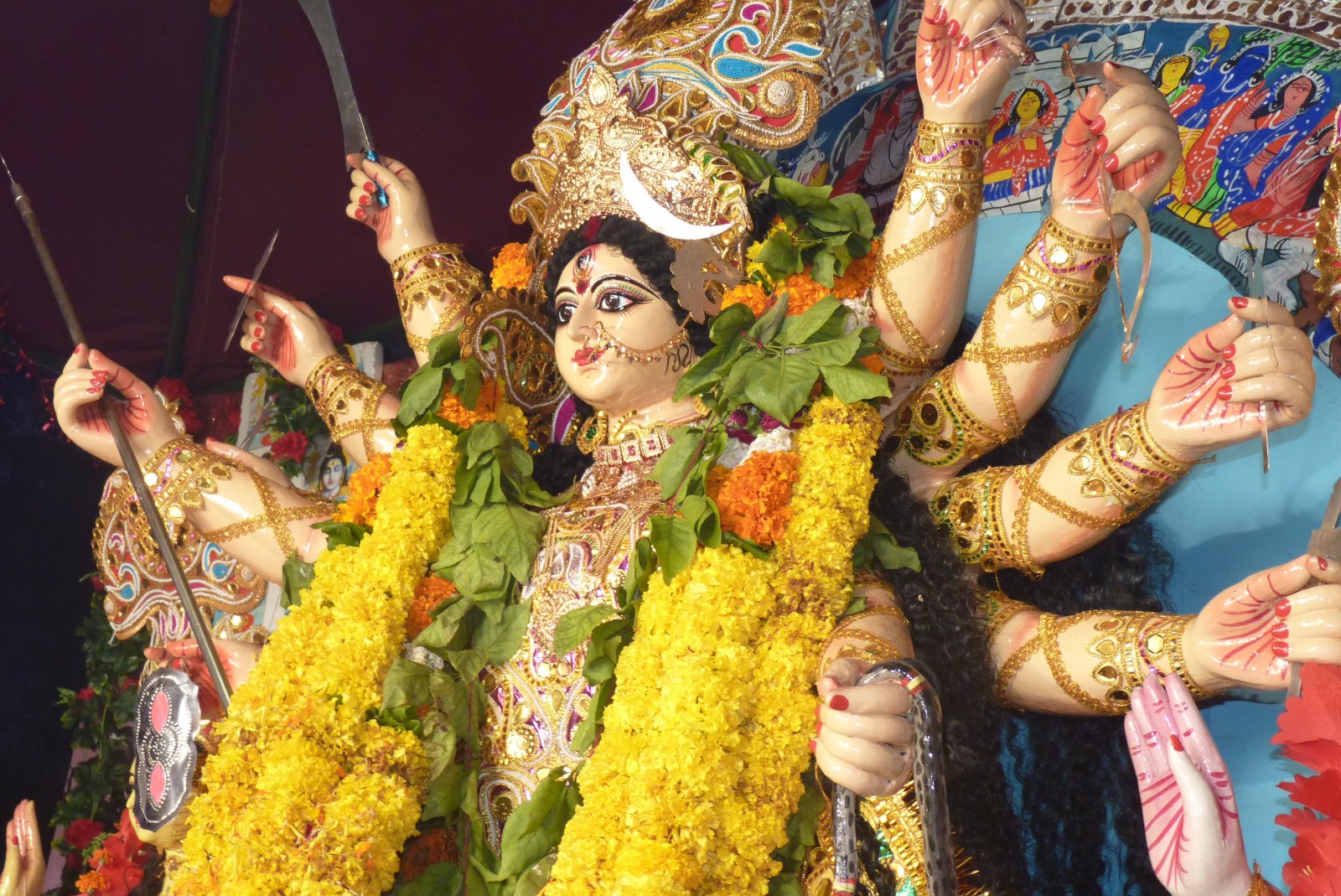 Written by Prasun Bannerjee
3
About the Author: Mr. Anand Bhattacharya is an Advocate, and belongs to the successor generation of  late Shri Nripendralal Bhattacharya, who started the Durga Pooja ceremony in Udaipur in the year 1956 , at Bindu Bhawan, 49,Shastri Marg, Udaipur. Since then it is being celebrated there every year at the same place with spirits of great enthusiasm, zeal, and spirituality, and the culture is inherited by generations.

“Shree Shree Durga Pooja”, which is being celebrated during the Shukla Paksh of Bengali Kartik month every year, known as “Navratri” in the Hindi speaking area of the country, is not just a religious ceremony for the Bengalis. It is a religious-cum-social function and as the festival approaches, the heart of every Bengali is enveloped by the feeling of joy and pleasure. This is a time of the year, when all the new and major purchases are done, new books, new films, new songs, new designs of cloths etc. are released and Bengalis, specially those residing in Kolkata, often plan site seeing trips to various places, specially because the schools also remain closed for around fifteen days during this time. The business, especially for those dealing in consumer goods, is very brisk. Shops are flooded with fresh stock of consumer goods and the market is full of customers.

Normally the Pooja used to be celebrated, initially in Chaitra Month (i.e. around March-April) in the olden days. However, it is said that the Pooja during this time (September-October month) of the year, was started by Shree Raam during his fight with Ravan, when  he was not able to overcome the strength of Ravan. This Pooja is therefore also known as “Akaal Bodhan” [Akaal means – untimely and bodhan means – commencement]. It is also very interesting to note, that as per the belief, this Pooja was performed for Raam, by none other than Ravan himself, who was a Brahmin of the highest order, as there was no other able Brahmin available at the place where such Pooja was performed. This was done by Ravan, knowing fully well that the aim of this Pooja was for vanquishing him. This shows the depth of our culture, where duty is given priority over every other thing – even the life of the person. Another very important fact which requires to be taken note of, is that the idol of Shree Shree Durga Mataji is made of completely natural (mostly bio-degradable) commodities. The basic structure or the body of the idols is made by straw being tied to bamboos by jute string (sutli). Over this structure of straw,  the first coat of mud, impregnated with chaff of rice, is applied. Addition of chaff, strengthens the binding quality of the mud. Once this first coat of mud gets dried up, the second and smooth coat of pure and closely sieved mud is applied, which gives the final shape and smoothness to the idols. Once this coat gets dried up, a primary coating of chalk is applied on the mud. After that coat dries up, natural water colors are applied thereon. These water colors are dissolved in the extract obtained by boiling tamarind seeds in water. That makes the colors permanent. After drying up of the colour , the whole idol is coated with a fine solution of sabudana [TROPICANA SEEDS] boiled and dissolved in water. This acts as a laminating film for the colours, and protects it from atmospheric effects like fading out etc.. The hairs are made of finely combed jute, and the black colour to the hairs is imparted by boiling the duly combed jute with Harde, Catechu (Kattha) and certain herbs. Nowadays of course readymade hairs are available. Thus the idol consists mostly of natural inputs. Therefore, this idol is more eco-friendly than the POP idols that are being made in other parts of the country. It may also be noted that except for the faces (which are also made of mud) whole of the idol is made by hand and dies are not used. This is a traditional art, and specialized by some families who are doing this work for generations. Luckily, as the number of poojas and requirement of idol is ever increasing, this art is not a dying art and actually new artists are getting added to this profession every year. The format of the idol which is being worshipped during this Durga Pooja ceremony is known as “Mahishasur Mardini Roop” i.e. the roop or form, which Maa Durga adopted for vanquishing and ultimately killing “Mahishasur”, who was one of the most powerful asur (evil power) of all times. It is said that when “Mahishasur” became so powerful that even the Gods (Devtas] started getting tormented by him, all the Gods contributed their powers and created this “Mahishasur Mardini Roop” and in that form, duly fortified with the strength of various Gods, Maa Durga annihilated “Mahishasur”. This format of Maa Durga therefore is known as “Shakti Roop of Maa Durga” and in this roop, Maa Durga  has ten hands, each wielding a special weapon known as ayudh, which were contributed by various different Gods.

Alongwith the main idol of Maa Durga, riding a lion and seen as killing “Mahishasur”, there are other idols namely “Ganesh”,  “Maha Laxmi”, “Maha Saraswati” and ”Kartik”. Each of these idols are manifestations of certain virtues. Lord Ganesh is manifestation of wisdom, Maha Laxmi Ji is manifestation of wealth, Maha Saraswati Ji is manifestation of learning and Kartik Ji is the manifestation of administration/organization. If the whole idol is perceived with this viewpoint, it would very clearly covey the message that if one wants to overcome evil powers (whether external or internal) one would need to have integrated and concentrated physical power (Maa Durga herself); wisdom (Ganesh ji); financial resources (Maha Laxmi Ji); learning (Maha Saraswati ji) and administration/organization (Kartik Ji). This reasserts the position that this Pooja teaches a method by which any person can overcome the vices by augmenting his physical powers, wisdom, wealth, learning and administrative capacity. The Pooja starts from Shashti (sixth day) and continues upto Dussera. It is said that on completion of the Pooja, Raam was able to win over and kill Ravan, and that is the reason why completion of the Shree Shree Durga Pooja coincides with the Ravan-Kumbhkarna-Meghnath effigy burning. The most important Pooja during the whole Durga Pooja ceremony is “Sandhi pooja”. This pooja is to be performed within a time of 48 minutes. These 48 minutes are carved out of “Ashtami tithi” and “Navami tithi” – 24 minutes from the end of Ashtami and 24 minutes from the beginning of Navami – these 48 minutes constitute Sandhi Pooja time. It is said that during this time “Mahishasur” was killed by Maa Durga, because “Mahishasur” had a boon that he will not be killed in any “tithi”. Sandhi Pooja therefore is of immense importance, because the whole purpose of vanquishing “Mahishasur” was achieved during this brief span on 48 minutes when there was no tithi in particular. The sandhi pooja is to be commenced, performed and completed within these 48 minutes, and there is every attempt to ensure that there is no lapse during this pooja.

Balidaan or sacrifice is a part of every days’ pooja. While sacrifice of goat or buffaloes used to be offered very commonly in the past, nowadays normally Balidaan of sugarcane, gourd (petha) and banana [jointly known as ‘bali’] is offered. However, still in some places sacrifice of goat is being offered. There are four balidaans during the Pooja – each after completion of the poojas of Saptami, Ashtami, Navami and of Sandhi Pooja. It is essential that the “Bali” is cut by one stroke of the weapon.

The Durga Pooja ceremony ends with immersion of the idol of Maa Durga in the water – in lakes, rivers, sea etc. . Since the idol is made of mostly bio-degradable items, it does not pollute the water resources. The immersion ceremony is followed by each greeting  the other and touching the feet of elders and obtaining their blessings. Eating of sweets is a part of each such ceremony! It is also considered by most of the Bengalis, specially ladies, that Maa Durga comes to the earth during this time, as a married daughter comes to visit her parents once in a year, and therefore everyone wants to offer the best offerings that he or she can, to Maa during this pooja. Similarly after immersion (visarjan) , ladies are quite sad and many weep when the idol of Maa Durga is taken away for visarjan. Therefore, it is again reiterated that this is not just a religious ceremony but a social festival in which everyone gets emotionally involved.  This probably is a time in the life of every Bengali, when every one tries to forget his woes and misfortunes and tries to be happy and enjoy the occasion. This festival is therefore an in-built aspect of the life of every Bengali and in whichever part of the world he may be during these days, he would always wish to be in the Pooja atmosphere, with his near and dear ones, at least during these few days. Probably Maa also comes down to the earth during this time – because God is nothing but a manifestation of the devotion that is contained in everyone’s heart !!! 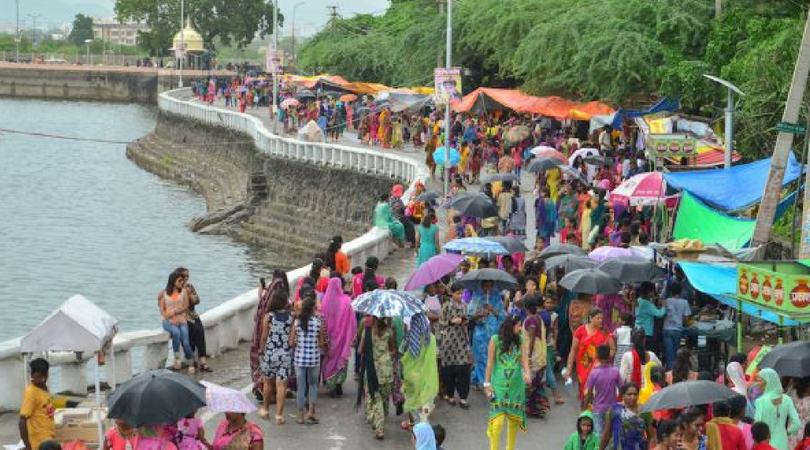 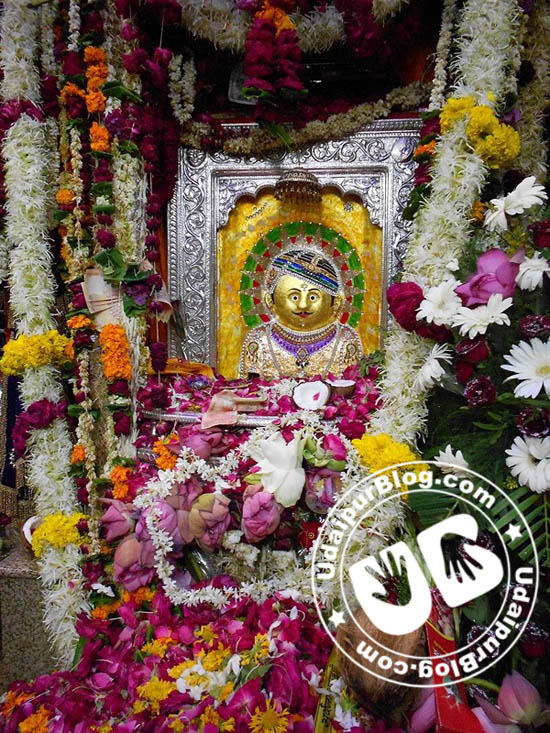 Ghare - Relax with a Snack