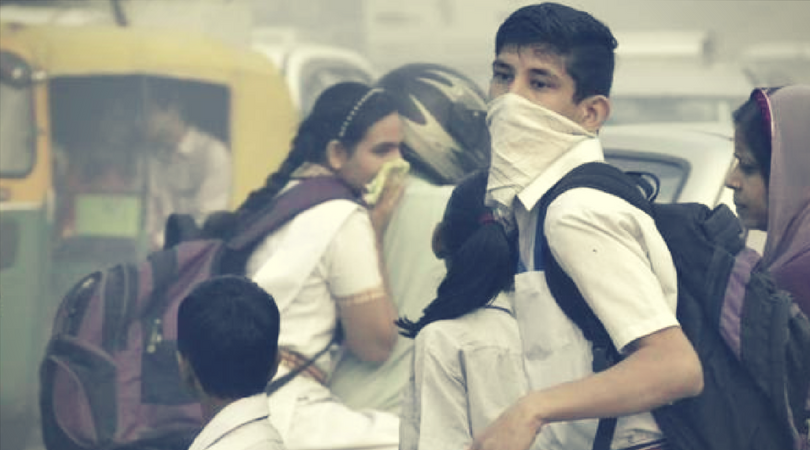 Monsoon has whizzed in to show the most beautiful side of the city and we are all set to explore all the corners of the city this season on our two and four-wheeler vehicles. We all are even too excited about all that already, aren’t we? But we have forgotten the fact that lately, the air quality of the city have been plunging downwards.

The above fact is justified by the Air Quality Index in Udaipur. Air quality index or AQI is a scale used by the government agencies to show the people of the city how polluted the air currently is in their area or how much it is going to be. The AQI is numbered from 0 to 500. Increase in the AQI is the indicator that the air around you is getting more polluted and that it will have an adverse effect on the health of a large number of people in the city.

There are a number of reasons why the AQI can increase in your city like rush traffic conditions, forest fire nearby, stagnant air caused by anticyclone, temperature inversion, low wind speeds that keep the air pollution in the local area, high concentrations of pollutants, chemical reactions between air contaminants and hazy conditions.

The National Air Quality Index or AQI was launched on September 17, 2014, in New Delhi under Swachh Bharat Abhiyan. It covers 240 cities of the country including Udaipur. This air quality sensors are set up at four places in the city namely Pratap Nagar, Sukhadiya Circle, Surajpole and Hadi Rani Chouraha that covers an area of 3 to 5 km in the neighborhood.

How do the AQI works?

The AQI considers 8 air pollutants PM10, PM2.5, NO2, SO2, CO, O3, NH3, and Pb. The ambient concentrations, corresponding standards, and likely health impact are measured and based on that, a sub-index is calculated for each of these pollutants. The worst sub-index out of all of them reflects the overall AQI. Along with that, some health advice is suggested by the medical experts for the possible sufferers of the Air pollution.

Here’s what the number of the AQI says about its associated health impacts on people:

Good (0–50) – The air quality is excellent with minimal impact on anyone.

Satisfactory (51–100) – It is good. However, it may cause minor breathing discomfort to hypersensitive people.

Moderately polluted (101–200) – It may bring breathing discomfort to children, older adults, people with heart disease, and people with lung disease such as asthma.

Poor (201–300) – Serious conditions will occur for sensitive people. Heart and respiratory systems of healthy people may be affected. Prolonged exposure is not advised.

Very poor (301–400) – Healthy people will show symptoms, people with lungs and heart diseases will be significantly affected. It may cause respiratory illness to the people on prolonged exposure.

Severe (401–500) – Healthy people will experience reduced endurance in physical activities and may show strong symptoms and are severely prone to other illnesses. Elders and sick people are strongly advised to stay indoors and avoid any physical activities. Healthy individuals should avoid outdoor activities.

AQI in Udaipur shows that Air in Udaipur is moderately polluted. It is numbered from 100 to 105, varies at different parts of the city. The main pollutant is PM 10. This indicates that the air is harmful and may bring discomfort to children, elderly people and people with heart diseases and lung diseases such as asthma.

One main reason for air pollution in the city is the big number of autos and tempos. Their number in the town is over 5000, out of which the time limit of 1000 has already expired and they do not meet the pollution benchmark. Under the Swiss development funded project, the municipal corporation encouraged E-Rickshaws in the town. It was proposed to set up over 20 electrical charge plug boards at different places in the town and persuade people to sell diesel autos and rickshaws running in villages and buy e-rickshaws.

According to Dr. Shanti Lal Choubisa, Professor NIMS University, Jaipur and regional Editor International Flouride Journal, a research study of pollution in Aravali Hills has revealed that air pollution is increasing rapidly as there are several industries in this region that emit fluoride in addition to smoke.

Now that everything has been said, what are we waiting for? It is high time that we start thinking about it and mend our habits because if we keep doing what we are doing then it is only going to be worse. And unless any of us want to leave such environmental conditions for our future generation where they cannot even breathe properly then it would be appropriate to do something about it.

What can we do?

Here are some tips you should do to contribute in regaining the quality of air in the city.