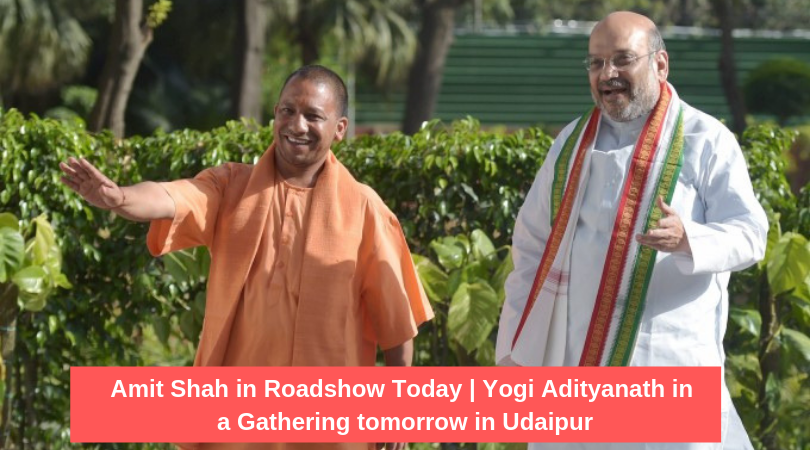 A roadshow would be held in Udaipur today where National BJP President Amit Shah will encourage voters for the Rajasthan Assembly Election. Amit Shah will be accompanied by CM Rajasthan Vasundhara Raje and Home Minister of Rajasthan Gulab Chand Kataria.

Amit Shah would be attending the show in an open jeep followed by more than a thousand supporter on two-wheelers and thousand people on their foot.

Not just this, but BJP looks to be in full force for the upcoming elections as the Chief Minister and a campaigner Yogi Adityanath will be coming by tomorrow too. He’ll further address a gathering on 28th November at Fateh School at 3 pm.