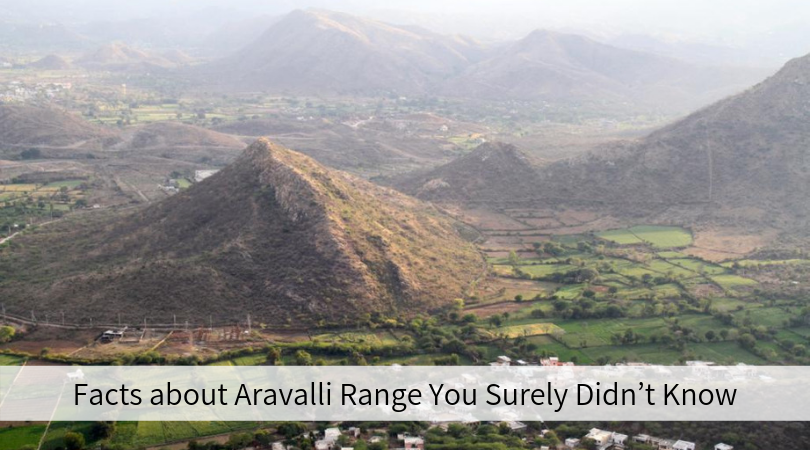 We all have been listening about the Aravalli Range since our childhood. We are very well aware that Udaipur has been surrounded by this gigantic range of mountains. But there still remains some facts that you didn’t know about Aravalli range. But worry not, here in this article we’ll reveal some facts about it that might leave your jaw wide open.

What’s in the name?

The word Aravalli has originated from the Sanskrit language and can be broken down into two ‘Ara’ and ‘Valli’ which literally means the ‘line of peaks’.

Wondering what’s the length of this enormously large mountain range is? It extends to a whopping length of 692 km spreading across four states of India which are Rajasthan, Haryana, Gujarat, and Delhi.

How old is the Aravalli Range?

Geologists say that the mountain range is as old as 350 million years which is like older than the Himalayan Range. Thus making it the oldest range of fold Mountains in India.

The highest peak of the Aravalli range

The highest peak of the 692 km long Aravalli Range is in Mount Abu which is at a distance of 160 km from Udaipur. The place is known as Guru Shikhar in Mount Abu with an altitude of 5650 feet.

Wondered why Rajasthan has so many Marble companies?

The reason why Rajasthan has so many Marble companies is that the Aravalli Range is rich in minerals such as Marble, Granite, and Sandstone. Apart from that, it also produces commercially viable quantities of minerals such as rock phosphate, lead-zinc-silver mineral deposits at Zawar, etc.

Many medical herbs are derived from the Aravalli range such as Guggal, Moosli, Amla, and Khadaya can be found in the forests of Khair, Salai, Khakhara, Timru, and Modad. Numerous animals like fox, Indian pangolin, porcupine, star tortoise, blue bull, leopard, Indian civet, sloth bear, striped hyena and many venomous & non-venomous species of reptiles and birds like white-backed vultures, spoonbills, black vultures, osprey, and storks can be found on the hills of Aravalli range.

Rivers from the Aravalli Range

Aravalli range gives rise to a number of Rivers in which Luni, Sakhi, Banas, Sabarmati, and Sahibi are the prominent ones.

80% Aravalli Range is in Rajasthan

80% of the mountain range is in Rajasthan. Moreover, it also divides Rajasthan from North to South in two parts.

It is also said that the range will diminish in near future but there’s no authentic source to it. But one thing is for sure, Aravalli has played a huge role in adding to the beauty of our city and there’s no denying to this fact.