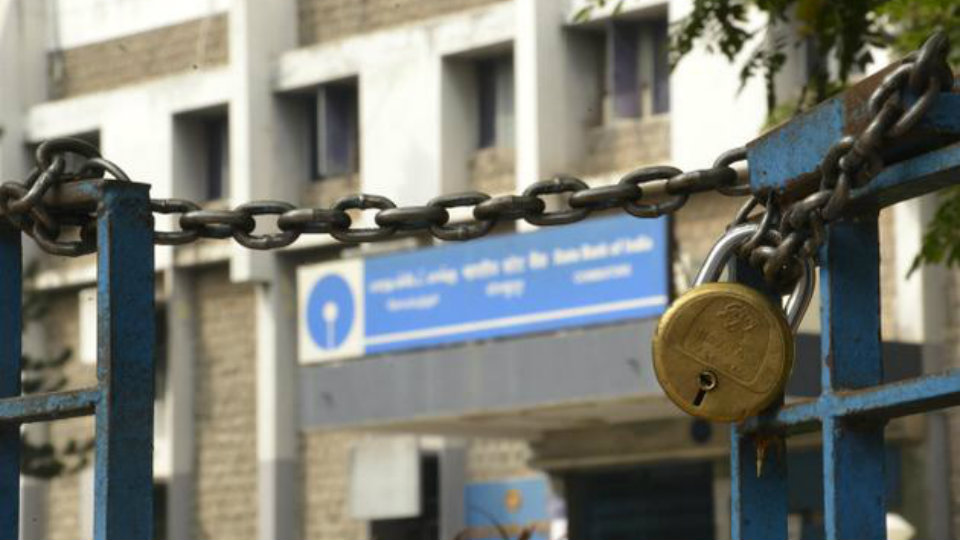 Banking services will be hit later this week for five days in a row since four bank unions have given a strike call from 25th September to 27th September protesting against the amalgamation of 10 public sector banks.

The strike has been announced on 26 (Thursday) and 27 (Friday) September and 28th and 29th being fourth Saturday and Sunday (bank holidays), there will be no work in the banks for four days.

Further, September 30 is the day of half-yearly closing, therefore public dealing might be affected.

This long closure of banks might also affect ATM cash availability. Since ATMs have two days of cash capacity, it may face cash shortfall after 2 days since no cash will be added to the ATMs due to the bank being closed.

However, not all bank employees may participate in the strike and the private banks may be functioning normally.