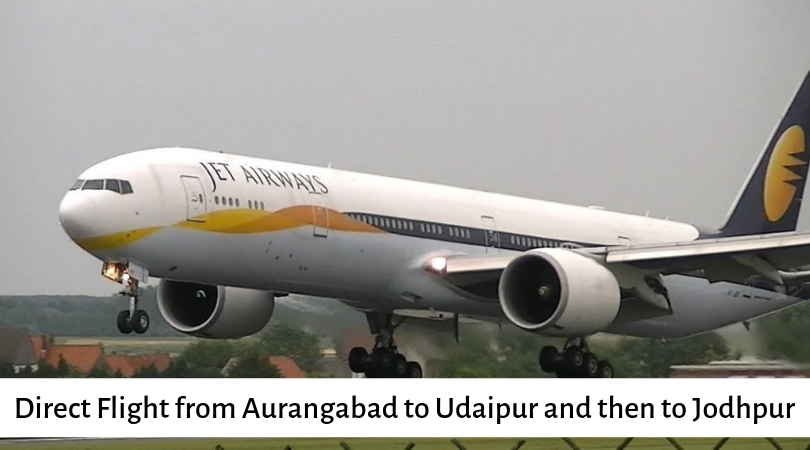 Direct Flight will be started by Jet Airways from Aurangabad to Udaipur which will take a short stop and then will go to Jodhpur. The flight will begin from March, connecting both of these places to the city through the air.

This air connectivity of Udaipur with Jodhpur will be continued after a long time span wherein the connectivity was broken when the Supreme Airlines stopped operating here. These Flight connections come under the third phase of RCS or Regional Connectivity Scheme which is also known as UDAN.

These new flights have come with a potential of great tourism within the range of Udaipur, Jodhpur, and Aurangabad. All the three places attract a large chunk of tourists every year for their own reasons. Udaipur well-known for being the City of Lakes has been a priority in the bucket list of all the tourists. On the other hand, Aurangabad houses the Ajanta Ellora caves which also attract tourists from all over the world. Also, Shirdi being at a distance of 2-3 hrs from Aurangabad, homes several Shirdi devotees.

The RCS or the Regional Connectivity Scheme provides flight for affordable flight charges. Most of the ATR flight are operated under this very scheme where the flight are scaled at Rs. 2500/-

Do you have any feedback regarding the article or have some story to share with us? Then mention it in the comment section below or write to me at juhee@udaipurblog.com 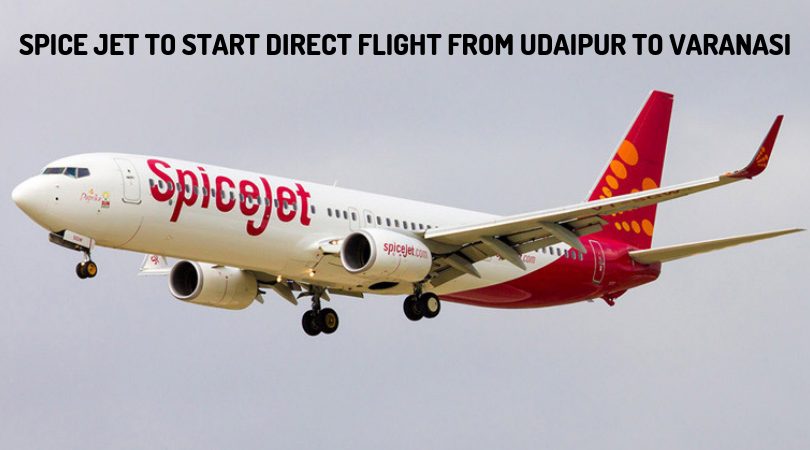 November seems like the golden month for all the air travelers of the city several direct flights are getting introduced in this month. After the direct flight to Bengaluru, Lucknow, and Surat, Spice Jet is launching another direct flight to Varanasi which will be initiated from the next month. The price of the flight starts from Rs. 4,607. So many new direct flight from Udaipur assures a happy Diwali to all the traveler Udaipurites.

If you have any feedback for the article or have any such information you want to share with us then write to me at juhee@udaipublog.com.