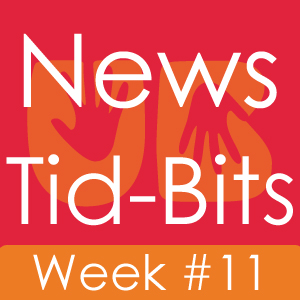 #1 Woman Died After Delivery on Road

A shameful incident has been reported that has crossed all barriers of humanity. Even the government arrangement has failed to offer necessary to help to save her life. At one side where the government is promoting the Janani Suraksha Yojna and on the other hand a woman died after delivering child on road. The incident took place at the busiest place of Udaipur, near Gangaur Ghat. Woman gave birth to a child at early morning at 5.30 am. After passing four and a half hours no aid reached the site and as a result she died. The ambulance 108 did not reached after informing. Later people hired a private ambulance and cleared off the dead body whereas the child has been admitted in the I.C.U. The local residents said that the lady was mentally retarded and seen may times roaming in the area. After getting the information police reached the site for leftover formalities.

The Udaipur Ahmedabad night train has been put on halt by railway administration for a period of three months. The decision has been taken keeping in view the rainy season. The track is prone to land slides during monsoon and it is quite risky to operate during night. The management has issued orders to keep operation suspended for the train. According to Rail Traffic Controller Mr Suman Chandra Verma revealed that Train No 19943 and 19944 from Udaipur to Ahmedabad and return would not operate from 1 July to 30 September. The Area Manager of Udaipur Mr. Harphool Singh Choudhary said that the day trains on this route would continue and the passengers who have got reservation can take the full refund against their reservation tickets.

A couple going on bike were kidnapped from Bhupalpura police station area, opposite Banshi Pan kiosk. The eyewitness of the incident told police that a luxury car stopped the bike and started abusing the couple and kidnapped them in the car. The bike remained on the incident site and later impounded by the police. People witnessed the incident and reported the incident immediately at Bhupalpura Police Station. According to the information police tried to locate the kidnappers but could not succeeded. Various blockaded were put on highways but culprits got a sneak peak and remained unreported. Later the couple was released and they reached safe home. No F.I.R. was lodged from the either side by the family members of kidnapped youth.

As death and missing toll is rising daily at Uttarakhand hands rising for aid are also rising in equal proportion. Continuing the reform action a decision taken in a meeting at Rajasthan Roadways that all employees would donate salary of one day for the Uttarakhand victims. According to the decision all employees would donate their one-day’s salary of July 2013 and would deposit the amount in Chief Minister’s Relief Fund. There are 25000 employees in Rajasthan and around 700 employees are there in Udaipur. After hearing the decision no one has thought about deducting their salary. All employees agreed and said in unison that this is a National Calamity and every individual should think about helping others. Not only Rajasthan Roadways, many other organizations have also followed the suite and offered their helping hand.