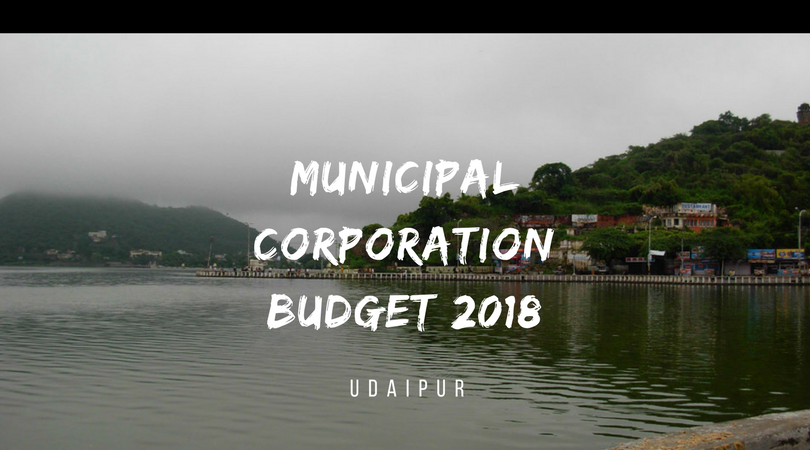 As the presentation of the annual budget of the Municipal Corporation reveals how many new taxes are to be levied, which ones are to be withdrawn, how much is to be spent on development in the next financial year, it becomes an eagerly awaited event. Municipal Corporation 2018 Budget at a Glance:

The budget this year is 248 crores. It was 359 crores in the previous year, However, in addition to this, contribution to the smart city is 1500 lac, to Amrit Yojana 1000 lac and to Ayad river project it is 3000 lacs.

The item wise breakup of the budget in lacs is:

Some important decisions were also taken in the budget meetings.

For issuing fire accident certification 20% of the amount would be realized at the time of issue of NOC and the remaining 80% at the time of insurance. It was decided that in case not constructing a building on the allotted piece of land in the municipal jurisdiction two years of allotment, the allotment would be canceled and the person would not be entitled to any land allotment in the future. However, if action is taken within six months of the notice, the punishment can be withdrawn.

At present, the corporation contribution 10% for the setting up of the solar power plant with a capacity of one kilowatt but now, it has been made applicable to 5 kilowatts. An amount of 3 crores has been sanctioned for the laser show at Goverdhan Sagar. The corporation would give incentive amount for water harvesting system in houses that are in its jurisdiction.

For this, rupees fifty lac are to be given to the Corporation from MLA quota. The incentive amount now is to be up to 1500 sq ft. (1100) 1500 to 2100 (1500) and 2400 to 2700 (2100). It has also been decided to create a post of additional executive engineer. One strange decision taken in the meeting was that when someone lodges a complaint about encroachment by another house, first of all, the corporation would examine it is so, first of all, action would be taken against him before anything is done against the person when a complaint has been lodged.

There were several important points that were discussed in the meeting.

It was discussed that in the absence of any monitoring after removal of encroachment, in most cases illegal construction is done again. Some other issues raised during the meeting included the delay in the works related to smart city projects, the action to be taken in case of shops constructed in basements, the procedure for recruitment of Safai-karmis and putting up of display boards about the achievements of the govt.

The Director Local Self Govt. has asked all the local self-bodies to pass their budgets and send them to the state govt. by February 15. The Municipal Councils of Chittorgarh, Banswara, Rajsamand, and Pratapgarh had done so by that date. However, in Udaipur, as the MLA’s were busy in the Vidhan Sabha session, the budget could be passed in March.