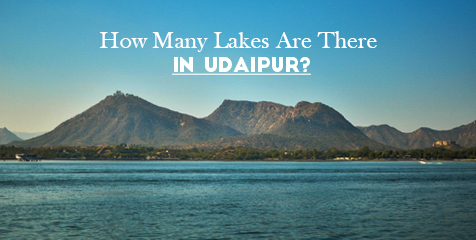 Udaipur is known as the City of Lakes and indeed the phrase used is correct. Udaipur has a number of lakes and often people get confused in counting the exact number! Well, the whole city is beautifully lined by various lakes and parts of the city also experience the Ayad river crossing under the several bridges. The vicinity of the city is so tranquil that one might get totally mesmerized by it. So, coming back to the question; let’s find out how many lakes are in Udaipur.

These lakes are the ones which are the biggest and lie in close proximity from the city center. Not only this, these ones are the most visited by tourists and locals.

Fateh Sagar Lake is the second artificial lake of Udaipur after Jaisamand lake. It was built in 1678 by Maharana Jai Singh. Then in 1889, Maharana Fateh Singh built the “Connaught Dam,” near ‘Dewali’ and subsequently the dam enlarged the lake, and hence was renamed after the King Maharana Fateh Singh.

Attractions at the Lake Fateh Sagar:

Pichola Lake is the oldest and one of the largest lakes in Udaipur. Most of the luxurious hotels are in this area and has the massive City Palace standing on the banks. The Taj Lake Palace resting in the middle of the waters of the Lake Pichola is an eye-pleasing sight. The name ‘Pichola’ has two legends behind it, that you can read here.

Attractions at the Pichola Lake:

Situated near the Village Badi, the lake is also called by the name Jiyan Sagar named after Jana Devi, the mother of Maharana Raj Singh who built the lake. It sprawls in an area of 155 sq. km. and the embankment of the lake extends wide in area. It also boasts three beautiful ‘chattris’.

Attractions at the Badi Lake:

Udaisagar Lake is located at a distance of about 13 km in the east of Udaipur. The construction of this lake was started in 1559 by Maharana Udai Singh. Completed in 1565, the Maharana constructed a dam on Berach River to guarantee ample supply of water in his kingdom and Udai Sagar was the result of this Dam.

The lake gets its name from the Maharana who built it.

These lakes the branches or links to the larger ones in the city. While these are smaller than the above-mentioned ones they have their equal charm.

Doodh Talai is a small lake near Pichola Lake. Doodh Talai (meaning milk pond) fulfilled the basic needs of cows that were present in government cow shelters (Raajakeey Goshalas) that met the requirement of milk in the royal kitchen. The freshwater reservoir was primarily meant for the Royal concern.

‘Purohito ka Talab’ is being developed as a new destination for tourists. It is located at a distance of about 12 kilometers from Udaipur, in Amberi Panchayat which is also known as Mini Jaisalmer. The Reddish-Orange Chattris are a major attraction there.

Located on the outskirts of Udaipur this place is less visited by the tourists or locals due to its distance from the city center. However, the local government bodies have worked a lot towards making it a hot-spot. A ship (structure) was also installed in the water to attract people. The people residing in the nearby colonies do come and enjoy evenings at the Goverdhan Sagar.

The Main source of water in Fatehsagar is the Madaar Lake (Chhota). These two water bodies (and must be counted as two different lakes) are known under a single name ‘Madaar’ and colloquially people refer to them as ‘Chota Madaar’ and ‘Badaa Madaar’ meaning small and large Madaar. Water comes from Madar Lake and Swaroop Sagar Link Channel to fill up the lake Fatehsagar.

Jaisamand Lake is the second largest artificial lake in Asia. It is situated at a distance of approximately 51 km from the city of Udaipur. The lake is also known as Dhebar Lake. It was built by Maharana Jai Singh while making a dam on the Gomti River in the year 1685. He kept the name of the lake Jaisamand after his known name; Jaisamand means ‘Ocean of Victory’.

Located 66 km north of Udaipur, Rajsamand Lake lies between Rajnagar and Kankroli districts. It is also known as Rajsamudra Lake.  The lake was a result of a dam constructed across the river Gomati, Kelwa, and Tali; built by Maharana Raj Singh I in the years 1662-1676. One of the major attractions at the Rajsamand Lake is the array of nine pavilions or ‘nauchowki’ (nine ghats) that are beautifully adorned with pictures of the sun, chariots, gods, birds and detailed carvings.

Aren’t you amazed by knowing about the number of lakes in the whole of Udaipur!!! 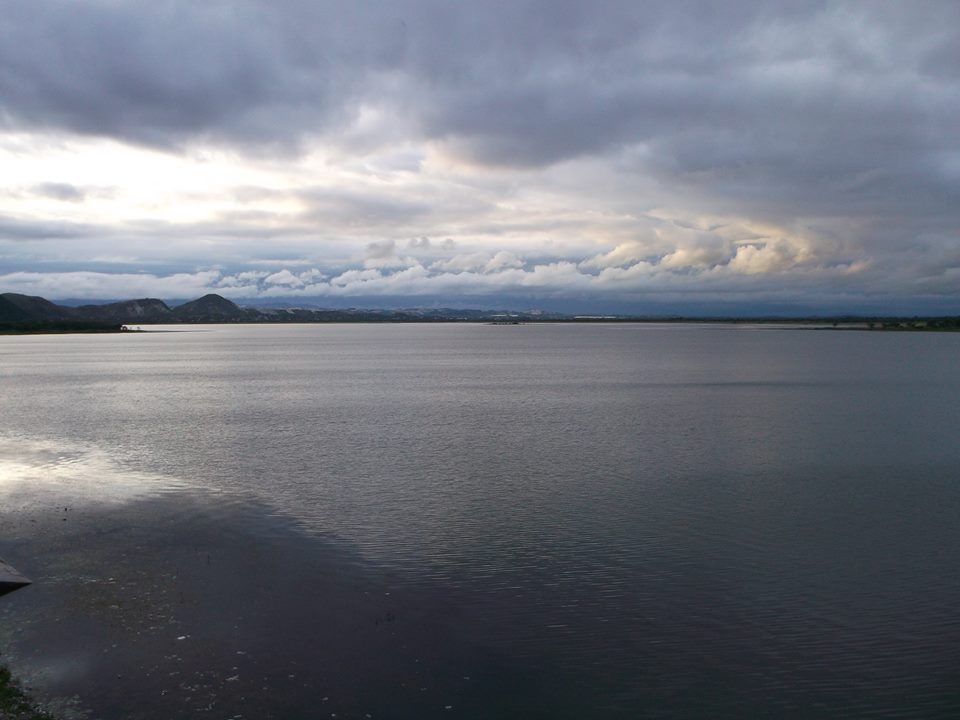 Rajsamand Lake is an epitome of didactic work done by the princely states for the well concern and revampment of society and economy, which could be easily traced by its sun gold essence of gleaming ethics and serenity. This is a massive lake with well built Ghats. It is one of the largest artificial lakes of medieval period. It is a place of small gust of pleasure, where sun shades the waters the lake, precisely pedestrianized and stuffed with beautiful arrays of silver linings is bestowed to the town Rajsamand. The lake contours about 1.75miles wide, 4 miles long and 60 feet deep, having coordinates 25°4’14″N 73°53’15″E.

The fabulous site of this tarn was the result of a dam constructed across the river Gomati, Kelwa and Tali was debuted by Maharana Raj Singh I in the years 1662-1676 with elaborated structures of Jharokas and jettings. The catchment area of the lake is approximately 508 square kilometers.

Why was it Constructed?

The major reason for construction of Lake Rajsamand was to overcome the problem of drought and to render employment for victims of a widespread drought and famine in the year 1661, and to provide canal irrigation to local farmers. It is among the oldest relief works done in Rajasthan. The digging of this foundation began on January 1, 1662. Construction of the actual dam began on January 14, 1676. Mukund Jaggatnath was one of the main architects. It was built in Indo –Persian style and materials used for the construction were stone, rubble and masonry. River Gomti is the main supplier of water to Rajsamand Lake. On the bank of the Dam three mandaps were constructed out of white marble, each mandap has three chokies. The first mandap has very interesting scenes where a newly wed girl is departing from her husband’s house. The villagers are seen in sad postures. It is shown that the husband is dragging the wife; the camel of the camel cart is also seen in a sad posture. The second mandap has a scene of animal fighting. The fight of Elephant with Horse is depicted.

On the southern end of this lake their lies a large embankment 183 m. long and 12 m. high, known as Nauchowki or the nine pavilions. It is believed that the dam measures nine hundred ninety nine feet in length and ninety-nine feet in breadth. Every step measures nine inches and there are nine white marble cenotaphs build on the dam. Each of these cenotaphs is nine feet in height and is at nine degree angle from each other. This embankment has marble terraces and stone steps touching the lake and is dotted with five toranas or weighing arches and chhatris (cenotaphs). The colonnaded pavilions are decorated with depictions of the sun, chariots, gods, birds and dancing girls, exquisite carvings that are claimed to be unique in India. It is overviewed by the Dwarikadhish temple and from the Kumbhalgarh Fort the vista it glitters with gushing water is as captivative as scarlet is. This place is also considered to be the one where Maharana Raj Singh and his descendents organized the event of Tuladan: they were weighed in jewels and gold, the cash value of which was distributed among Brahmans for the construction of temples and tanks for the welfare of the people. The history of Mewar is also inscribed here in 107 stanzas, on its 21 marble stones known as ‘Raj Prasasti‘ an epic by Ranchhor Bhatt. It has also been acclaimed as one of the longest etchings in India. The epigraph has given lot of historical, commercial, civil, educational, weighing system etc. to carve out the history and to bring the different shores of historical facts together. The Rajsamand was also the scene of a desperate battle in the late 17th century between Mewar and the Mughal emperor Aurangzeb. The Mugals destroyed the torans and ruined all the carvings on the mandap. During World War II, Rajsamand Lake was used as a seaplane base by Imperial Airways for about six years.

There was no provision for sluice gates, at the time of construction of the lake. Irrigation water was supplied by means of a lift irrigation system. The first sluice gate canal was built by the British people, it is 8 km long, and after independence in the 1960s, an ambitious second one was added, which was 35 km long.

Preposterously, in the year 2000, the lake came into the verge of its existence it was just a barren land of rocks and weeds and residents used the Nand Sagar Lake located about 15 km upstream as a substitute then fortunately on the passage of time the monsoon refilled it. Now the Lake Rajsamand has been used for irrigation and its canal network services are used to provide water to 42 villages covering an area of 7,284 hectares. The villages viz.: Peepli, Mohi, Kuwariya, Bhava, Rupakheda etc. are the regular connectors of this water.

The charm exuded by the unparalleled beauty of the Rajsamand Lake is infectious and the tourists are attracted to this place. It has genuine beauty of its own, especially when women clad in hues of yellow, green, purple accommodate the lake on the festive of Gangaur and Teej. The provocative thing of this place is its purity of water, the shimmering and dancing rays of sunbeams of the settling god and the colour changing water beckons the tourists to its charm by over whelming their hearts.

Rajsamand District is a district of the state of Rajasthan in western India. The city and district are named on Rajsamand Lake, an artificial lake created in the 17th century by Rana Raj Singh of Mewar.
The district has an area of 4,768 km². The district lies in the watershed of the Banas River and its tributaries. Rajsamand District is part of the Mewar region, and was historically part of the Kingdom of Mewar, also known as the Kingdom of Udaipur.

Some Famous Places In Rajsamand

Direct Train is available from Marwar Junction and Mavli Junction.

(If you want to Post some More Details About Rajsamand District . Email us)