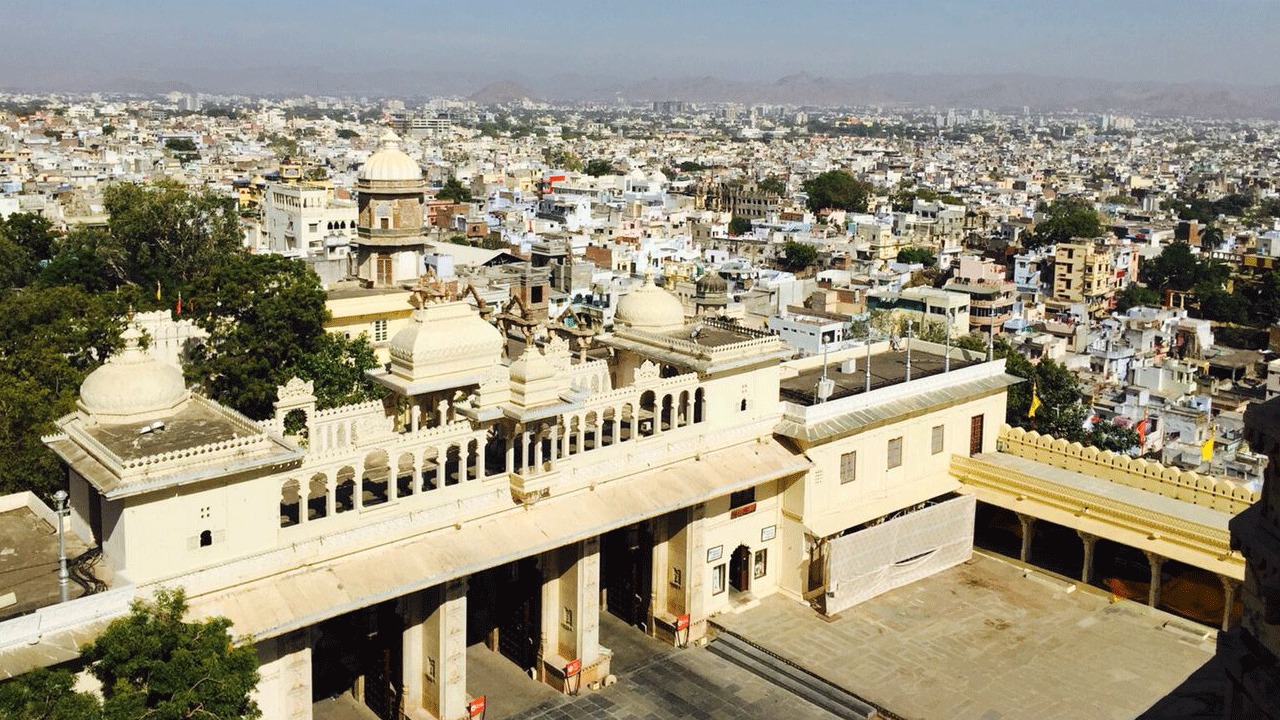 The old city of Udaipur is getting a makeover. The Smart City Company is painting the buildings in off-white colour giving back Udaipur its old identity of the ‘White City’ of Rajasthan.

After the Pink City of Jaipur, the Blue City of Jodhpur and the Golden City Jaisalmer, Udaipur is now striving to bag its old title of the White City. However, the term goes beyond the conventional conception of colours.

Originally, the White City of Udaipur got its existence since the rulers of the city made beautiful palaces and castles with white marble. The highlights of the city like the City Palace, Jag Mandir, Lake Palace, Monsoon Palace were all painted in the colour which also symbolises peace and unity.

Besides, the aerial view of the city will show that most of the houses and other ancient structures in the city are white.

Under the Smart City Project, historical buildings like Bagore Ki Haveli is also under the process of restoration. You can already see the ‘white-city’ effect on the Jagdish Chowk – Gangaur Ghat Road.

According to recent directives issued by the Government, the transport department will be dispatching driving licences and vehicle registration certificates directly at the applicant’s postal address. Just like passports, people now are no more required to visit the transport office a multiple number of times to collect their documents.

The increasing intervention of middle-men and agents create hassles, and as such, the step has been taken to avoid troubles faced by consumers. The directives were issued on 1st of August, following which the Udaipur Transport Department has enforced the same from 7th August Wednesday.

Applicants are required to give the exact postal address for the delivery of their certificates. If the address is found to be incorrect or incomplete, the post will return to the RTO office.