Udaipur’s Lake System: The Interconnection of Lakes, You Must Know! 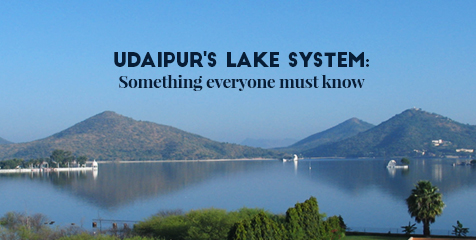 When I first came to know that these lakes are interconnected, I was surprised and filled with awe. How can such huge water bodies be connected and made by the then rulers; this was the question I wanted to have an answer to. So, I went on for a deep search and came up with the following piece. Have a read.

The Lakes form a chain in the saucer-shaped valley of Udaipur. The inner Girwa plain of Udaipur is surrounded by the western and central Aravali hills, and its water drains into the Ahar (Ayad) River.

Some 425 years ago Udaipur’s system of lakes was considered a role model of rainwater management. As early as 1582, the Maharanas of the former state of Mewar started digging out Lake Pichola for gathering up bottom sediments and widening to make it suitable as an irrigation and drinking source. In 1890, Maharana Fateh Singh inaugurated a project that geography professor Narpat Singh Rathore of Udaipur’s Mohanlal Sukhadia University calls the “the world’s first man-made microsystem of river diversion, linkage and watershed management,” the result of which constitutes the current system of interconnected and gradually descending lakes. Indeed, the rulers of Udaipur were convinced of the importance of water. So, they had built several dams and water ponds. These are evidence of reservoir engineering, developed at that time.

The famous lakes of the city are Pichola lake, Fatehsagar, Doodh Talai, Govardhan Sagar, Badi (tiger lake or Jiyan Sagar), Rangsagar and Swaroop Sagar and Udaisagar, Madaar Lakes are major lakes in Udaipur. These lakes have served as a lifeline for many centuries for Udaipur.

Some facts about Udaipur, the city of lakes

The creation of the lakes of Udaipur

In the mid-16th century, according to one legend, the beauty of the Pichola lake mesmerized Maharana Udai Singh, the then ruler of Mewar, who decided to build his new capital on its banks. Surrounded by Aravali hills, the site provided a natural defense against the forces of Akbar, who had captured Chittorgarh, the then capital of Mewar. Udai Singh got a dam built on the Berach (Ayad) river to ensure an adequate supply of water for irrigation. The reservoir was named Udai Sagar and became the first line of defense against any attack from the east. Fateh Sagar was built in 1687 to collect the runoff from the surrounding hills for irrigation in the villages around it. The Lake Badi was constructed by Maharaja Raj Singh in 1643 A.D. for recreation purpose. Subsequently were made, the other lakes of Udaipur by the ruling kings of that era.

Besides these, there were 121 bawdis of which 83 have dried up.

How are these lakes connected: A glimpse of the best water harvesting system deployed!

Fatehsagar has a very small catchment of its own and is fed by Lake Badi, Chota and Bada Madaar. The overflow from the Bada and Chota Madaar merge with the Ayar river. The Ayar river feeds Udaisagar several kilometers downstream. The overflow from Lake Badi directly merges with Fatehsagar. The overflow from Pichola (and from parts of Pichola) flows into Fatehsagar, and the overflow from Fatehsagar flows into the Ayar through a canal before it enters Udaisagar. Below Pichola and Fatehsagar are numerous wells and bawdi (stepwells), which were the only source of drinking water, back then. With this web of lakes and wells, most of the rain falling within the Udaipur basin was kept within the basin itself, with very little losses making it a remarkable rain water harvesting system.

Let us now read a detailed description of how these lakes are interconnected!

Ayad the mainstream of river Banas rises begins from the Girwa ranges of Aravalli situated to the north of Udaipur City. Ayad river flows through Bedla up to Udai Sagar Lake, in which it falls. It is the primary river of the Udaipur basin. Beyond Udai Sagar up to Dabok village, the river passes through a distance of about 75.5 km and is named as Udai Sagar ka Nala.

Subsequently known as Berach, the river runs for another 70 km towards the northeast and finally merges into river Banas, near Bigod in the Bhilwara district, which is a stream of Chambal river. In other words, near Chittorgarh, it obtains the water of Gambhiri river, then it turns northeast, and after running for about 190 km, it joins river Banas at the place known as Triveni Sangam near the village Bigod.

Lake Pichola was first created by a Banjara (Tribe), in the 14 century A.D., and later on, was extended to Rang Sagar and Swaroop Sagar and finally was connected to Fateh Sagar by Rana Udai Singh.

Water spread of the lake is 6.96 sq. km and it has a maximum depth of 10.5 m towards the west where the Kotra River drains into the lake. The lake is the main source of drinking water. The Sisarma River, a tributary of Kotra, is the major source of water to the lake.

It is almost triangular in shape with its base is along the City Palace edge. It was renewed and enlarged in 1559 A.D. The lake is extended towards the north and south forming a smaller lake, viz. Doodh Talai.

Swaroop Sagar lake is sited in the south of Rang Sagar and it is a part of Lake Pichola. It was constructed during 1845–1850 A.D. The lake offers a combined water dam for Pichola and Rang Sagar. The lake also links Pichola and Rang Sagar with adjoining Fateh Sagar Lake through a canal. In monsoon, this canal is sometimes used to draw water in Fateh Sagar from Pichola Lake when Pichola reaches a high-water level. Rang Sagar has an average depth of 7 m, but its width is about 245 m, its westward expansion is known as Kumhariya Talab. Rang Sagar lake was constructed by Amar Singh Badava and is also called “Amarkund” after him. Constructed in 1668, it is one of the smallest lakes along the western waterfront of Udaipur and connects Pichola and Swaroop Sagar. Fateh Sagar is a pear-like shaped lake situated in the north-western part of the city and almost in the central west of the basin covering an area of 12.88 sq. km. The lake was constructed in the year 1678 AD and then renovated in 1889 AD by Maharana Fateh Singh.  Although essentially constructed for the irrigational purpose, this water body has lately formed the second major source of drinking water for the city of Udaipur.

The main feeder canal of the lake comes from Madar positioned at a higher altitude about 15 km from Udaipur City. Lake Fateh Sagar is also connected to the adjoining Lake Pichola through a canal having gates. The runoff emerging from surrounding hillocks drains into this lake.

It is one of the largest lakes of the Udaipur basin constructed by Maharana Udai Singh in 1559 A.D. and named after him; this lake is situated in the far south-east of this basin. The lake was built by building a stonework dam on the river Berach. This lake forms the last lake in the chain of Udaipur lake system. The main source of water for the lake is a tributary of the river Berach popularly called Ayar which passes through the city of Udaipur and joins Udai Sagar near the village Sukha Naka. Besides this, several small seasonal rivers and streams arising from the nearby hills also enter the lake. This lake was constructed by Maharaja Raj Singh in 1643 A.D. for leisure purpose. The total length of the canal is measured as 3,300 m which are constructed for supplying water to the nearby areas, namely, Badi, Liyo ka Guda, Hawala Khurd and Dewali villages. The full level of the lake is 9.76 m. Almost no supply of water is rendered from this lake. Both these lakes supply water to the Fateh Sagar Lake located within the municipal limits of Udaipur City through Chikalwas feeder also known as Madar Nahar or Madar Canal.

Goverdhan Sagar is the smallest artificial lake of all the major lakes of the basin lies in the south. The length of the canals of this lake is also scanty, extending over an area of only 3,750 m. It also receives water from Pichola through a link canal. Aren’t you amazed to read about it! Our ancestors showed a high level of planning and development. Udaipur’s Lake System is indeed considered to be the best and top-notch system in water management and rainwater harvesting. Maybe, this is the sole reason why the city is greener, peaceful and beautiful even after being near the desert region of Rajasthan.

The information is curated from valid sources and is not fabricated under any influence or otherwise.

Some of the references: 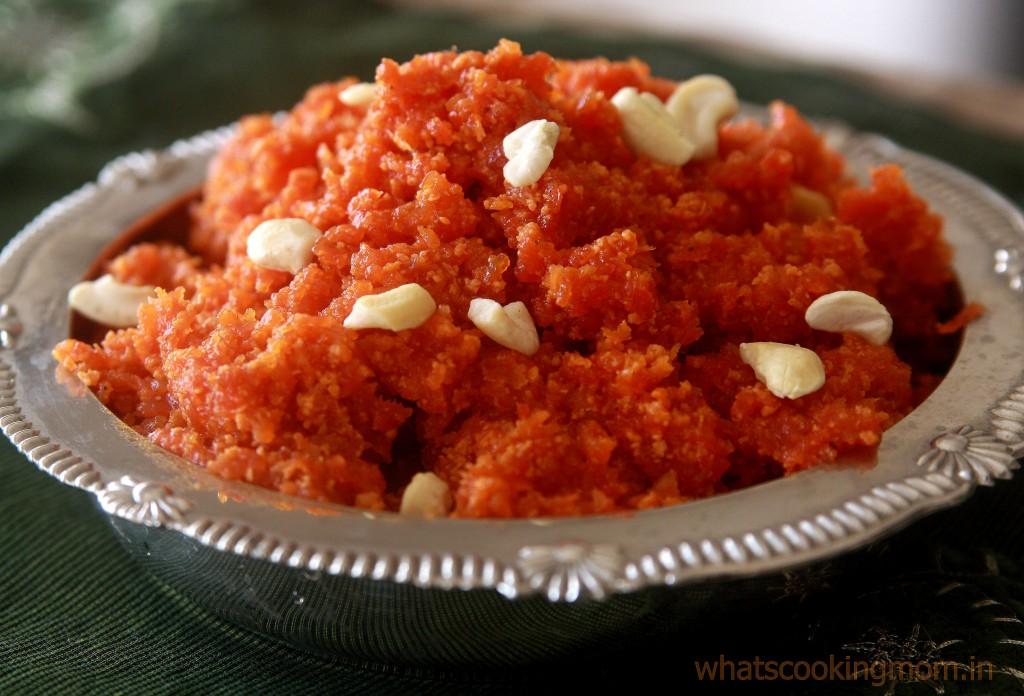 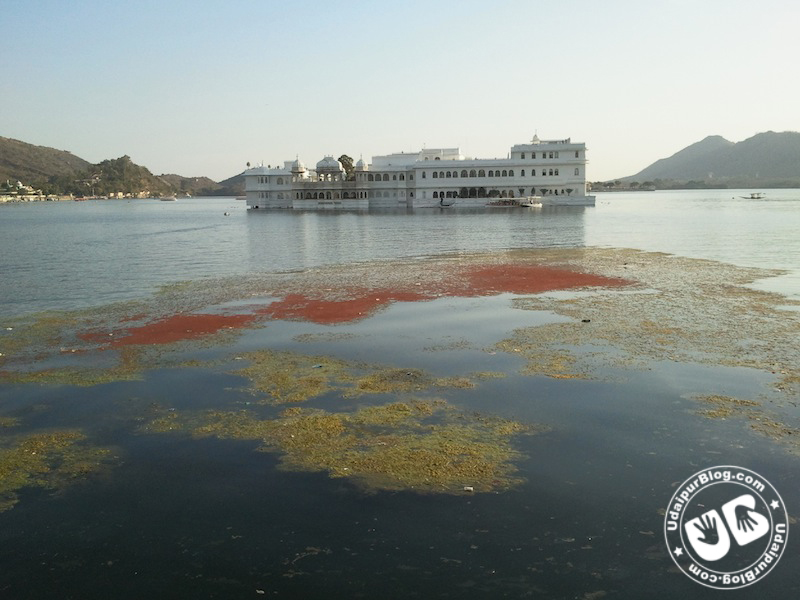