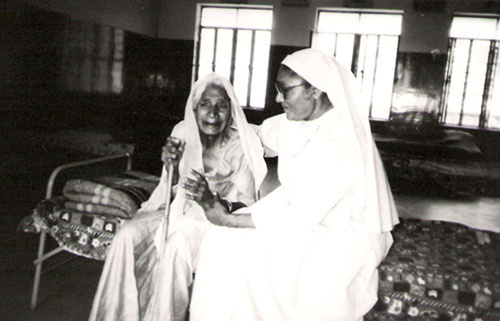 A visit to Ashadham Ashram located in a remote corner of Sajjan Nagar near Sajjangarh fort arouses mixed feelings. The sight of sick persons, men, and women, young and old, suffering from different diseases touches one’s heart. On the other hand, watching the highly dedicated team of sisters engrossed fully in caring for the inmates gladdens ones’ heart.

Set up with the aim to accept people without any discrimination of caste, creed, and religion, Ashadham Ashram believes that everyone is the child of one God and serve the destitute, the poor and the abandoned. It tries to support them mentally, physically and socially to make them lead a life full of hope, happiness, and enthusiasm. This is being done by looking after them and treating them movingly. The story of how Ashadham Ashram was founded is quite dramatic. Sister Damian and Sister Bernadette who are members of Prabhudasi Sisters, Ajmer, were instrumental in starting this Ashram. God has wonderful plans for each one of us and without his mercy, care and help nothing can be accomplished. This has been true with Sister Damian. In the last phase of her teaching career, she thought of studying Ayurveda and serve the society. So she took permission from her Mother Superior to take this course. After the completion of her course, she along with Sister Bernadette went to Udaipur. Bishop Dr. Joseph Pathalil, to seek his blessings to start this new work. After listening to them the Bishop suggested that they should do something for the poor and needy people of the society. The sisters readily accepted this advice. Soon after this meeting, they found Lali, an 85-year-old lady lying on the roadside near Court Chouraha with both legs fractured and wounds decaying, as there was nobody to look after her. Nobody went near her as her wounds were stinking. The two sister took pity on her, bandaged her wounds gently and took her to the hospital in an auto. The doctors and nurses cured her. Every day, the two sisters visited lali with the help of the District Collector, the relations of Lali were identified and she went home. However, after a couple of days, Lali was again found lying on the road. This time, the sisters took her to a rented house arranged by a St. Pauls School teacher Ramesh Verma. They were morally supported by Advocate Fateh Singh Mehta who stood strongly with them to face all the legal challenges. Thus with its first inmate, Lali the noble mission of Ashadham Ashram started on 11th November 1997.

Within a couple of days, more such people were taken to the sisters and the number soon increased, so they were shifted to the staff quarters of St. Paul’s school with the permission of the Bishor. The people in the neighborhood were very helpful and came forward to supply whatever was headed by the inmates. As the number of the destitute increased rapidly, a generous social worker donated three lands in the suburb of the city in a locality called Sajjan Nagar and since then, the Ashram is being run there. A registered society named Ashadham Ashram society came into existence.

Ashadham Ashram is serving the abandoned and needy persons of the society by providing them food, clothing, medicines, shelter and getting treatment by admitting them to hospitals. If any relative comes to take an inmate, he is allowed to return home. Inmates who are fit enough are being trained in different skills such as rope making, paper craft, preparing vermin compost, taking care of cows, etc. 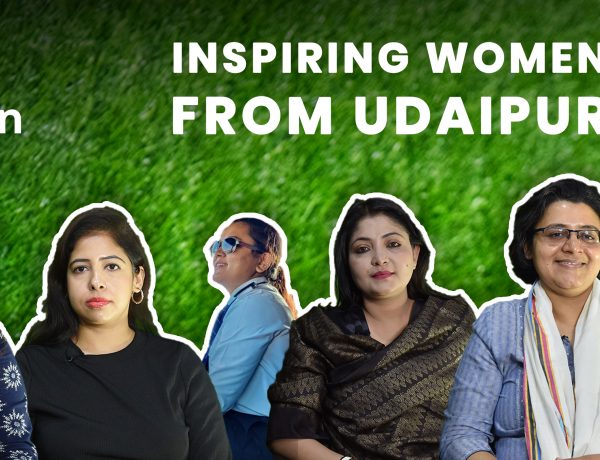 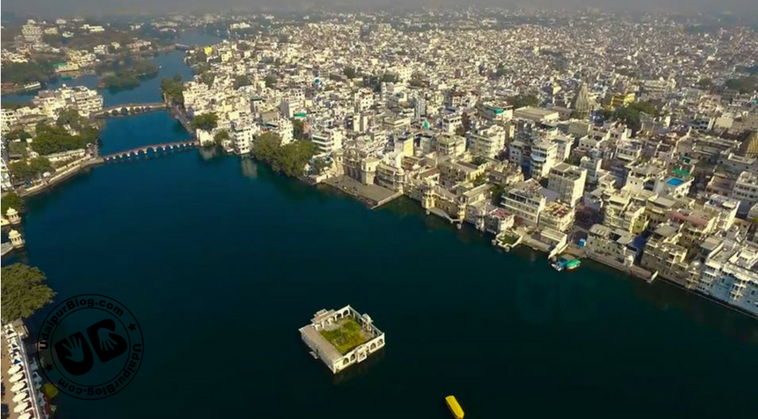 Ever Wondered Why Pichola Is Called Pichola?-The Hidden Reasons Behind The Names Of Our Lakes!