Bagore Ki Haveli – The Past and The Present 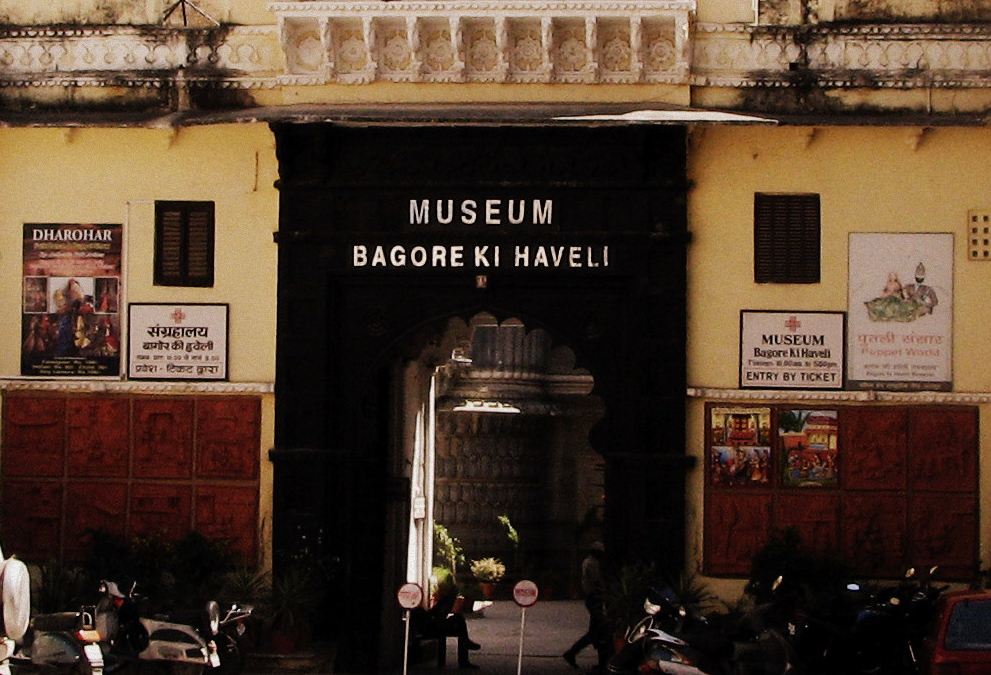 Rejuvenates a sheer sense of Rajgharana…

The beauty of Bagore Ki Haveli is not ‘ephemeral’ but ‘eternal’. It is situated at Gangaur Ghat adorned by the side of Lake Pichola, barely 100 meter from City Palace. It is pleased by typical Mewari architectural splendor as well as scenic beauty. The haveli is a joy to wander through and provides a further fascinating glimpse into the lifestyle of royal family. All this counteracts people from their yo-yo buildings to a royal edifice. It overlooks Jag Mandir and Lake Palace, where the Mughal Prince Khurram took refuge, who was to later become Emperor Shahjehan-the creator of Taj Mahal. Bagore Ki Haveli was built by Shri Amar Chand Badwa,the Prime Minister of Mewar between 1751 and 1778, during the reign of Maharanas Pratap Singh II, Raj Singh II, Ari Singh and Hamir Singh. After death of Badwa, the haveli was given to Maharaj of Bagore, a close relative of Maharana. Bagore is actually a village in Bhilwara district of Meware. There were distinct areas within the haveli for different members of family.

Maharaj Shakti Singh was responsible for the construction of beautiful Kanch Mahal over the triple arched gate in 1878. He was left with no male heir, and after his death, Thikana of Bagore dissolved. The haveli was confiscated during the reign of the next maharana, Fateh Singh whose successor, Maharana Bhupal Singh renovated the haveli into a grade III guesthouse, where palace guests could be accommodated, and there used to be a tunnel system that leads directly to the City Palace.

A testimony to the years of neglect that brought haveli to the nadir of its existence.

After independence, the haveli came under the control of the Public Works Department of the Government of Rajasthan, who utilized it for the housing of government employees. The frequent change in usage led to many alterations which ruined the character and elegance of haveli. In 1986, it was handed over to the West Zone Cultural Center (WZCC), who converted haveli into a museum because of its charming style, typical of very best Mewari architecture. After years of strenuous restoration work, Bagore Ki Haveli now depicts the royal lifestyle and cultural ethos in its pristine glory.

On passing through the impressive gates of haveli, one enters an attractive courtyard, on its southern side there is the Lotus Fountain, a fascinating two-storied fountain from whence water cascaded, cooling and refreshing the air. The household activities of staff were performed around the ground floor of Kaun Chowk (well court), and the stores and the stables were located here.

The Neem Chowk is situated on the first floor of the haveli, enfolded by a pair of magnificent brass covered doors. The chowk was used for music and dance performances. With a degree of continuity, now this court serves as an arena for authentic performing art forms.

The durrie khana and the mirrored passage (kanch mahal) over the triple arched gate were within the men’s area (mardana). The diwan-e-khas was the largest chamber in the haveli. The office of the Director, WZCC now occupies the durrie kahana.

Even in that patriarchal society women had a way out of their social ordeals.

Tulsi was the hub of aristocratic lifestyle of princess. The rooms surrounding the Tulsi Chowk once housed the women quarters (zenana). The ladies used this chawk to perform Ghoomar and to celebrate festivals. Now, the chambers surrounding this court, there are displays of turbans and women’s costumes. The gallery that surrounds the first floor of Tulsi Chowk, have been recreated in the style of the haveli’s heydays.

The dressing room (Shringar Kaksh) contained wooden trunks, to hold finery of the princesses. The ladies would apply perfume from the dispenser (itra daan) exhibited in the room.

The members of the royalty were great patrons of the arts. The haveli had a Sangeet Kaksh which was an institution in itself where the ladies learnt music and would be familiarized with musical instruments such as the sarangi, nagada, dholak, santoor, chang etc.

The haveli had a kitchen, equipped with large metal vessels and wooden utensils.

Entertainment plays a vital role in ones life. The nobility of mewar enjoyed various board games during their leisure hours. The Manoranjan Kaksh of the haveli exhibits popular games of chaupad and ganjifa.

Mirror and glass mosaic worked into complex patterns from exquisite detail above the Tripolia. The architectural feature crowning the gate is known as the Badi Burz.

To enrich the Mewari cultural heritage a number of exhibitions can be seen around the haveli, related to the history of Mewar, such as the largest tuban and costumes. The unique collection of models fashioned of thermocol, tends to draw grasps of astonishment from visitors. The thermocol model of Bagore Ki Haveli is the latest addition. Sculptures of the Eiffel Tower, the Victory Tower of Chittorgarh, the Taj Mahal, the Leaning Tower of Pisa are brilliantly executed in the collection. The basement has been converted into an elegant art gallery, graced with contemporary fine art works.

The chariot originally belonged to the Kings of Jhalawar, formerly a princely state in Eastern Rajasthan. The carriage was pulled by two elephants during various festivals. The king used to take part in a procession from his seat in the carriage. After the merger of the state with the Independent India, the carriage passed into the hands of the Government, which was later gifted to the West Zone Cultural Centre (WZCC). Then the carriage was brought to Bagore Ki Haveli in a dilapidated condition. ‘Indra Viman’ is on display in the open courtyard leading to the entrance of Bagore Ki Haveli. An Amalgamation of Pristine Glory and Royalty

Bagore Ki Haveli has 138 rooms, several balconies, courtyards and terraces, many with beautiful frescoes and costumes of royal kings, traditional rajasthani arts and crafts provide the decoration, and the glorious coloured-glass windows as well as two peacocks made with glass mosaics are in  display. Unique symbols of the Rajput clan, such as jewellery boxes, dice games, hukkas, rose water sprinklers and other items are also in display. The museum welcomes its viewers daily from 10a.m. to 5p.m. . Entrance fee for museum is Rs.30 for local tourists and Rs.60 for foreingners.

In the evening from 7p.m. to 8p.m., the ‘Dharohar’, a dance group holds a recommended folk dance performance there. This most popular Rajasthani ritual reflects the divine perception of various tribes. Moreover energetic backgrounds, colourful costumes make the place full of verve. Entrance fee for ‘Dharohar’ is Rs.60 for local tourists and Rs.100 for foreingners (camera fee Rs. 100).

In this way the haveli entices tourists to its sacred charm. 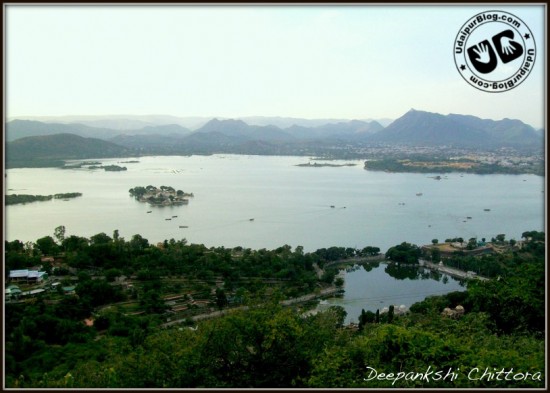 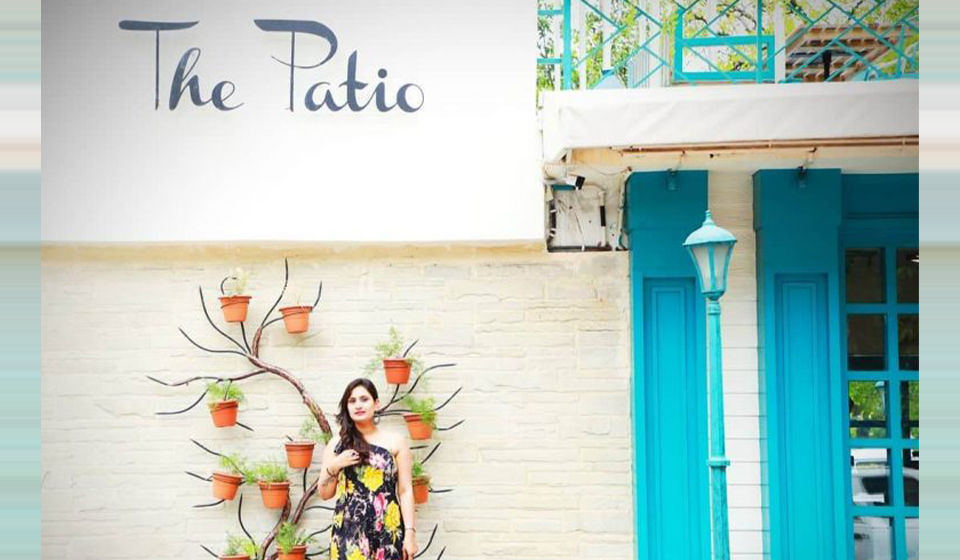 From Foodies to the social media fanatics, This Bistro has won everyone’s heart! 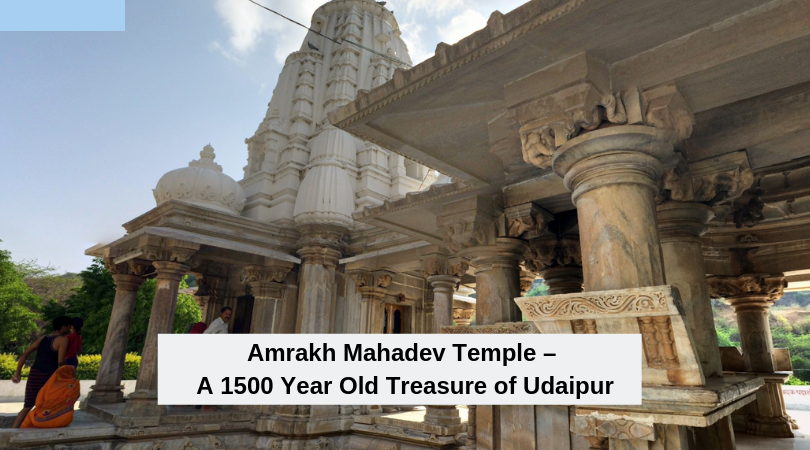 How to get Stunning Looks in Saree