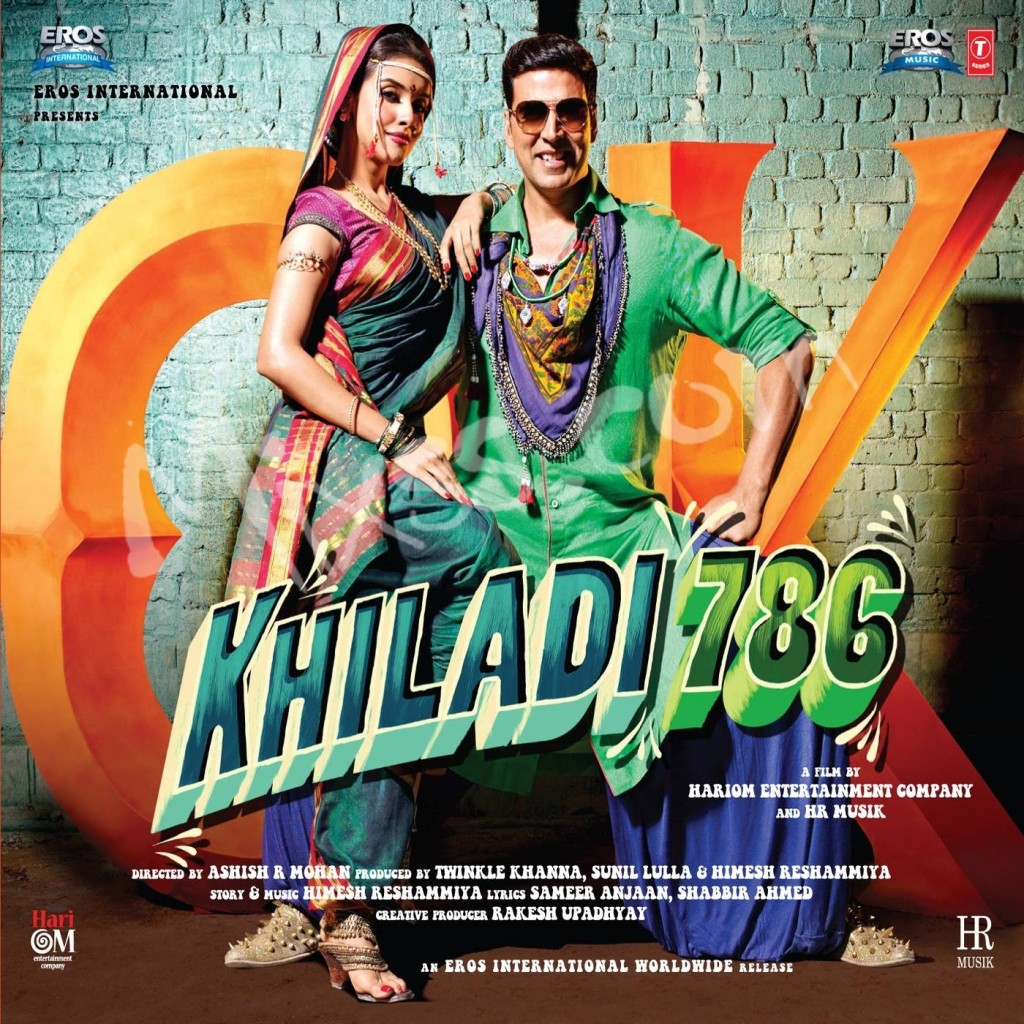 With an outstanding entry through its music, marking a return of Himesh Reshamiya back as a singer, Khiladi 786 turns out a total waste of time. With Himesh Reshammiya himself taking the maximum acting footage in the movie, a fact not presented at all in the promos! The movie starts feeling an intolerable one just after 15 minutes it starts. With no story line, poor script, even poorer punches; the screen fails to take a proper utilisation of Akshay Kumar.

Akshay Kumar or Bohattar (72) Singh is presented as a superfast & super-powerful (kind of a south Indian star in Punjab!) man who wears the Police uniform & catches trucks carrying illegal goods through the LOC, keeping his commission & sharing the rest to the local Police. Himesh Reshammiya as Mansukh is a marriage planner who has not yet been able to arrange even a single wedding successfully because of his stupidities. Being the exact reason of a marriage cancellation in its final ceremony, his father discards him from his house & business. He by chance meets T.T.T. (Mithun Chakraborty) a Don in Mumbai who wants his sister Indu (Asin) to be married in a good & clean household but having a rash brat nature, no one stands her & runs away from the marriage. Mansukh plans her to get married to 72 Singh considering him a real Police Officer and asks T.T.T. to pretend being an ACP in Maharashtra Police to catalyze the logic-less drama. (Gujarat-Mumbai-Punjab LOC: what a connection!) Meanwhile the family of 72 Singh also pretends being Police Officers in front of T.T.T. with his mother being a Canadian, aunt Chinese & grandma African in expectation of their family’s first Indian daughter-in-law.

Indu has a boyfriend Azad who always remains in jail, coz everytime he turns free, he does certain stupidities at the moment itself & again is turned behind the bars. Indu tries everything to threaten 72 Singh but he, having ‘superb fierce powers’ is not at all affected & their marriage gets finalized. That time 72 comes to know that she loves Azad & promises her to bring him for her saying:

After that, she falls in love with him & their marriage takes place with lots of interruptions by Bharti as a press reporter, Johnny Lever as an Inspector In Maharashtra Police, the Punjab Police Inspector for whom 72 Singh works & finally Azad who does the age old way of kidnapping the bride. Of course, he gets beaten up & the first successful marriage by Mansukh takes place. The total boring filmy end also includes 72 Singh meeting his lost brother (DUPLICATE) 73 Singh.

Songs stand as the only powerful part with rocking tones & voice of Himesh. Asin seems pretty throughout. Other than these two, nothing worth seeing in the movie!

May turn out a waste of time for quality, even fun-seekers. The movie seems a total mixture of multiple other recent films. A Monday morning watch that too only if you’re going with a dozen of your college mates to hoot!