Know about dance forms from Rajasthan 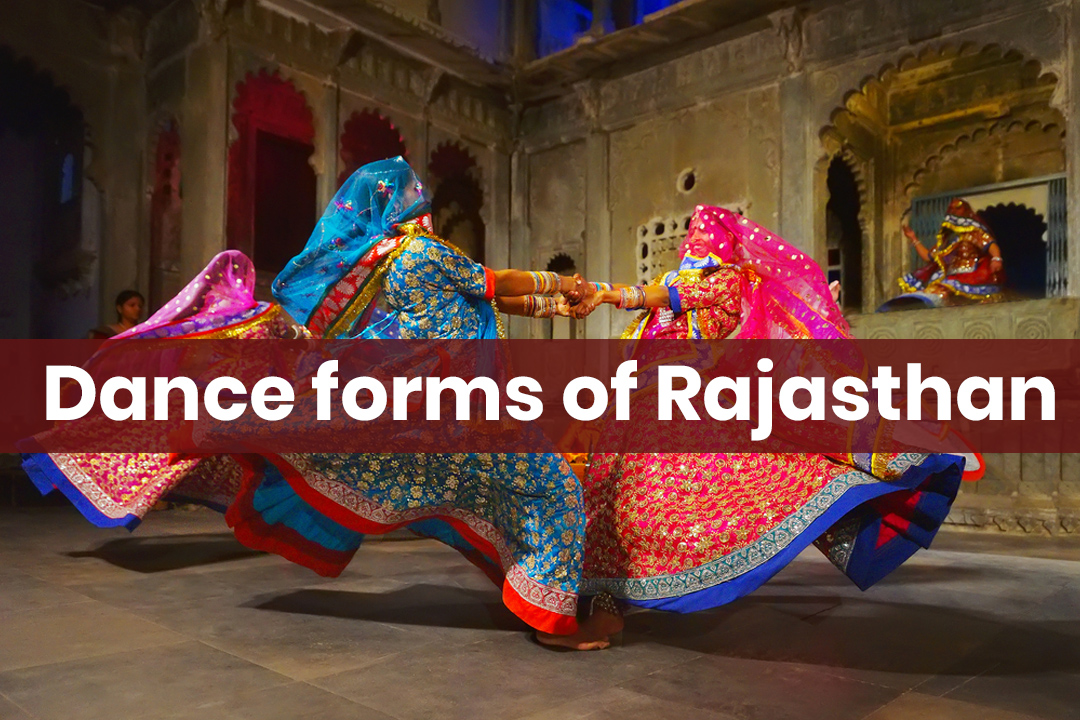 Yesterday was international dance day and while scrolling the internet I realized that we are in times when western dance forms are becoming very much popular and little do we know about our culture regionally and being a dance enthusiast myself, here is a thought; why don’t we dig ourselves, head over heels into the different forms of folk dances from the place we belong.

The Indian dance tradition is thousands of years old and the Indian capital of culture and heritage, Rajasthan has a well-spread hand, when it comes to dancing. The folk and tribal dances play a pivotal role in a loud spell out of Rajasthan’s history, culture and chivalry. Music and dance are like blood in vessels of this historic inheritance.

As Rajasthan was ruled by dynasties of different cultures, every region depicts its difference in the range of dances and music performed. They have their own way of depicting their love stories, heroism, devotion and vote of thanks with their captivating moves and intriguing sounds of the long preserved culture.

There are few folk and tribal dances which are world-famous in fact and the sound of them are profound to our hearts. Let’s begin this enigmatic journey of digging a little deeper into the vibrant costumes and enchanting colours that are since forever aiding our eyes.

The famous dance introduced by Bhil tribes and later on adopted by royal communities of Rajasthan is performed by ladies on various occasions like Teej, Holi, marriage functions, several festivals and important events. Swaying hand and twirling in colourful Ghagra, paired with fascinating Choli and finally covered with a vibrant Chunari to complete the look; it’s just one beholden sight to look at. The graceful dance, coupled up with the traditional rhythm is all that spectators desire. This art form is performed mostly all over Rajasthan but hugely in places like Udaipur, Kota, Bundi and Jodhpur.

The well known Sapera Dance of Rajasthan, Kalbeliya was created by a tribal community name same as the dance form. The serpentine movement makes the dance one of is kind and fondly known as snake charmer dance. The black swirling ghagra with, angrakhi (jacket like blouse) and odhani on the top with traditional jewellery make the women look very attractive doing the snake-like movements. Men are on the instruments playing with the old pungi, dholak, dufli, morchang etc. and they sing folk and mythological songs. Seeing these singing and dancing groups, your eyes stay intact to the captivating performances. Jodhpur, Jaisalmer, Bikaner, Barmer, Jalore, Jaipur, and Pushkar are some of the best places to enjoy this dance form.

The Rajasthani, male dominating dance was originated by the males of the Shekhawati region. In this dance form, men wear traditional dhoti & kurta paired with decorated turbans and ride on a dummy horse. This dance depicts the tales of local bandits and enacting it with sword fights; showing chivalry and bravery defined with flute. The dance is mostly performed in the regions of Jaipur and Udaipur along with Shekhawati regions.

A welcoming folk dance of Rajasthan, originating from the Bhil community is performed by both men and women. The loud drum beats of folk music make them sway in clockwise and anticlockwise movements with sticks, swords and arrows in their hands. The dance form also known as Dandi Gair can be seen in the Mewar and Shekhawati region of the state. Men wear a full-length tunic-like skirt and women wear the regional Ghagra choli. The art of this dance is seen on festivals like Holi and Janmashtami.

A very difficult form of dance that takes years to master, can be seen in the areas of Jodhpur, Jaipur, Bikaner and Udaipur. Mostly the women of Kalbelia, Meena, Bhil and Jaat tribes do this extraordinary form of ritualistic folk dance. The men sing along with harmonium, sarangi and dholak, and the women put eight or nine earthen pots on their heads, dancing and balancing. With every piece of equipment, it gets harder. Sometimes they perform on edge of a brass plate, sometimes on the edge of a sword, after that on a small steel pot and the toughest broken glasses. Not everyone’s cup of it, that is why people who watch this, geet struck in shock and amusement.

Kath means ‘wood’ and Putli means ‘doll with no life’, Kathputli is a famous dance show depicting stories, folklore, mythology and some of them showcasing social problems are presented with distinctive music and singing by the puppeteers themselves. The dolls are made mostly of mango trees and stuffed with cotton, approximately one and a half feet in height, which is manoeuvred and controlled by the puppeteers with strings attached to the puppets. Started by the Bhat tribe of Rajasthan, this entertaining folk dance goes more than 1000 years back. These puppets are made in the Bari, Sawai Madhopur and Udaipur region of Rajasthan. One can always witness a great puppet show at Bhartiya Lok Kala Mandal, Udaipur.

Chang, which originated from the Shekhawati region of Rajasthan is an enthusiastic folk dance. People start to perform this dance form from Shivratri and it ends on Dhulandi. It is a very fast-paced form of dance with upbeat rhythms of Chang instrument and this is the reason it is also known as Dhamaal. The best highlight of the dance is that men dress up as women ghoomar attires and then dance for celebrating the defeat of evil, making it much more fascinating to watch.

Dandiya is a colourful dance form performed with sticks by both men and women. The dancers pair themselves and dance on an eight beat cycle called Kherva, in a circle. The lines move clockwise and each person hits the sticks with their partner on the beats. Sometimes the line moves in such a way that enables moving on to the next person and switching partners. The sparkling dresses and music makes a viewer spectating over and even forces the soul to dance. This dance form can be seen in festivals and marriage functions of Major parts of Gujarat and almost all of Rajasthan.

The fire dance symbolising joy and a ritual of collecting water in a pot known as Chari is performed by the Saini and Gujjar community of Kishangarh and Ajmer area of Rajasthan. A woman wearing traditional robes, dance gracefully while balancing a brass pot kept on the head with a lit fire within. Not only that she performs stunts like never seen before and with utmost ease. This folk dance might look easy but is one of the toughest dance forms. The art form is accompanied by nagada, dholak and harmonium.

A dangerous and difficult form of Rajasthani folk dance, the fire dance is performed by Jasnathis of Churu and Bikaner which is carried out by the Banjara community on the festivities like Janmashtami and Holi. The dance form includes walking on the bed of burning coal, producing flames from the mouth, holding fire rods and twirling them on heads and legs. The dancers are very much trained and perform especially on cold nights. Bikaner, Jodhpur, Jaisalmer, and Jaipur are some of the best places to catch this dance.

It is an ancient folk dance of Rajasthan performed by the ladies of the Kamada tribe. The women tie thirteen majiras on their body. They do vibrant yet graceful moves that directly hit the manjiras (brass discs) and make a musically rhythmic sound. Sometimes they put a sword in their mouth with a pot on the top of their heads and then perform the folk dance; this a visual aid and leaves the audience in a joyful surprise of perfection. The male artists sing a folk song and play different instruments like pakhwaja, dholak, jhanjhar, sarangi and harmonium. The ladies sit on the floor and dance in front of Baba Ramdeo’s image. The dance can be seen in Ramdevra, Didwana, Dungarpur and Udaipur.

A culture is a way of keeping history alive and Rajasthan is a hub. Dance is a medium for enchanting those folklores again and again and pass on the knowledge and tradition to the next generation. Preserving ancestral heritage is a great deed in itself. Building bonds of the future from the bewildering thread of the past will strengthen the unity and love amongst everyone.

We might be a little late acknowledging international dance day but there can never be a delay in celebrating dance, so let’s breathe our culture, dance out our fears and feel the beats of joy pump in the veins.

Wishing you and the dancer inside you, a very happy (belated) international dance day.

If you wish to contribute via writing to UdaipurBlog, drop in a mail at info@udaipurblog.com 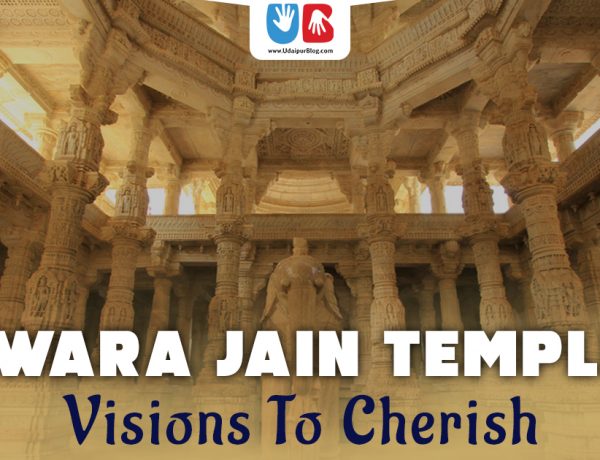 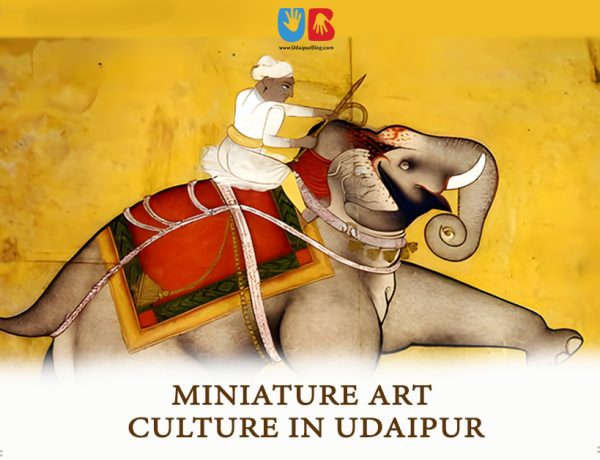