Historical Architecture: Palaces & Forts in and around Udaipur 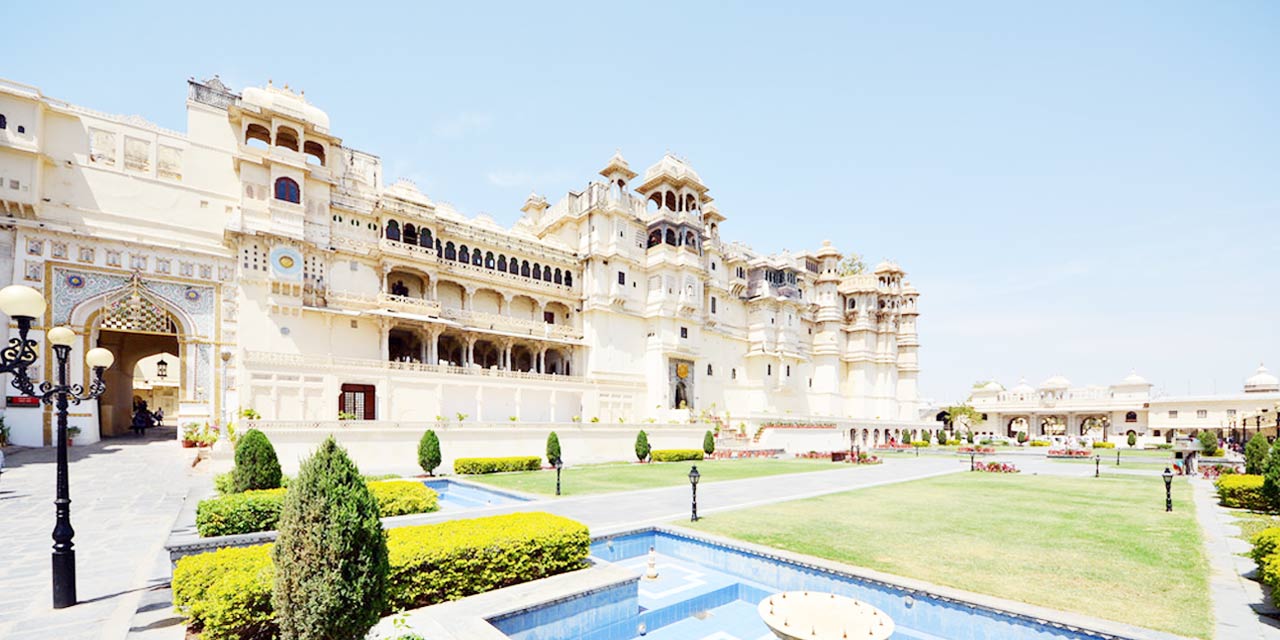 City Palace was built by Maharana Udai Singh in 1559. It is situated at the eastern bank of Lake Pichhola and has many other palaces built within the City Palace. It is a must visiting place whosoever wishes to travel Udaipur and has a keen interest in the history of Rajasthan.

The famous Jagdish Temple is only 150 meters away from the Palace. From the Palace, you can have a beautiful view of Lake Palace and Jag Mandir, which are both located in the midst of Pichhola Lake. The City Palace’s major part has been converted into a museum, displaying a diverse range of preserved monuments and armour. The museum exhibits a wide collection of weapons, gears, clothes, furniture etc. 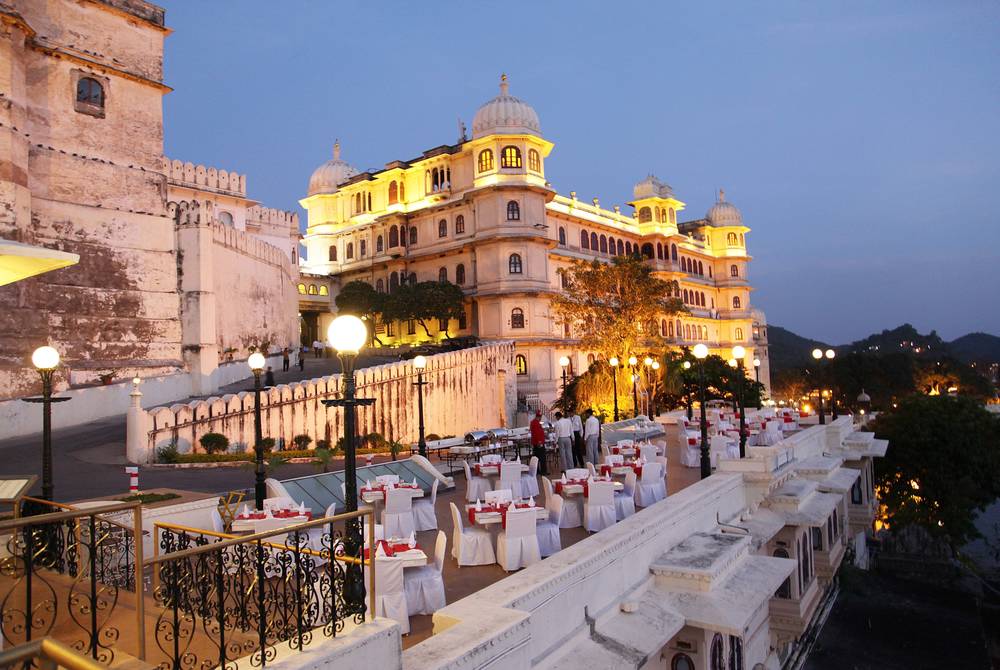 This palace was constructed during the time of Maharana Fateh Singh, who ruled from 1885 to 1935. The purpose of the venue was to serve the esteemed guests during the royal functions. Fateh Prakash Palace has also been converted into a luxury hotel which is now run & managed by the HRH group.

In 1909 the Viceroy of India, Lord Minto, laid down the Darbar Hall’s foundation stone. Henceforth the name was originally called Minto Hall to respect the honour to the Viceroy. The interiors are decorated with royal artefacts, miniature painting, armour etc. which would take you to the legendary historical time of the Mewar dynasty.

The Darbar Hall, Crystal Gallery, Suites and Rooms are decorated with original paintings, furniture of the historical era and would take you on the journey of the authentic heritage of that time. The scenic beauty of Lake Pichhola through the decorative valued windows would soak you in real ecstasy. The Palace offers 21 Decorative Rooms and 45 Decorative Premier Suits. It is equipped with period furniture, portraits and original miniature paintings, private sitting areas and facilities like air-conditioning, international direct dial telephone, satellite TV and a mini-bar.

Lake Palace was formerly known as Jag Niwas. Lake Palace is built on a natural island of around 4 acres, which was earlier called Jag Niwas Island and surrounded by Lake Pichhola. It was built in the year 1743 to 1746 by the Maharana Jagat Singh II of Udaipur. The Palace was built as a palace to spend summers. It was named after its founder Maharana Jagat Singh and hence was called Jag Niwas.

In 1971 the Taj group took over Lake Palace’s management, and the new name came out to be the Taj Lake Palace. Taj added another 75 rooms to it. Jamshyd D.F. Lam became the first General Manager of the Taj Lake Palace. Later in 2000, another restoration of the hotel was undertaken. Now Taj Lake Palace is certainly a luxury hotel surrounded by Lake Pichhola. The Lake Palace offers Luxury Rooms, Palace Rooms, Royal Suites, Grand Royal Suites and Grand Presidential Suites with all facilities like Spa, Bar, Fine Dinning etc. 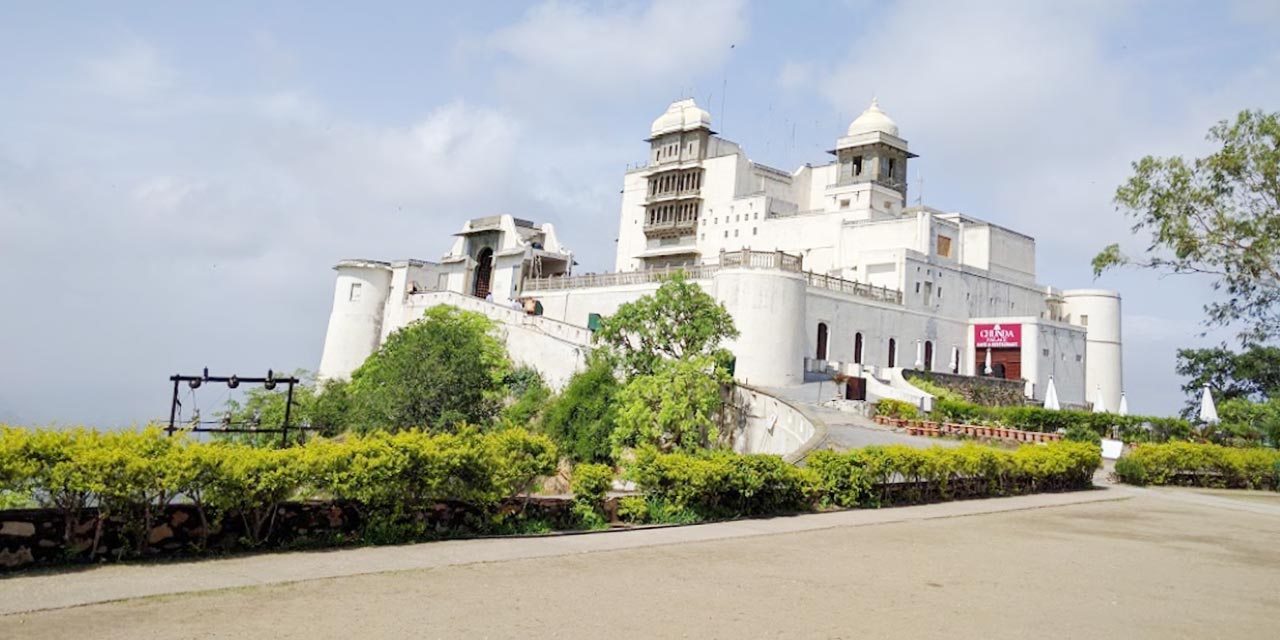 An actual jewel in our city, Sajjangarh Fort has been one of the most favourite tourist’s spots, especially in the rainy season when the fort is enveloped by clouds and the mountains are lush green. The Monsoon Palace, formerly known as the Sajjangarh Palace, is a hilltop residence with a scenic view of palaces, lakes, and the surrounding countryside. This palace was designed to keep an eye on the monsoon clouds, as the name implies. The palace, which is located in the Aravalli Hills, glows a golden orange colour in the evening and is a great place to see the sunset. Don’t forget to visit this enchanting palace when in Udaipur! 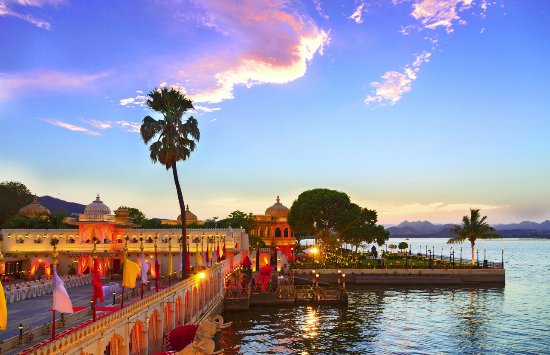 This palace, also known as the ‘Lake Garden Palace,’ is undeniably one of Pichola Lake’s most beautiful views. Built on an island, this palace served as a summer retreat and a pleasure palace for holding parties for royal families. Within the palace, the Gul Mahal, Garden Courtyard, Bara Patharon ka Mahal, Zenana Mahal, and Kunwar Pada ka Mahal are must-see attractions. Don’t forget to dine at the Darikhana Restaurant for an exclusive dining experience! 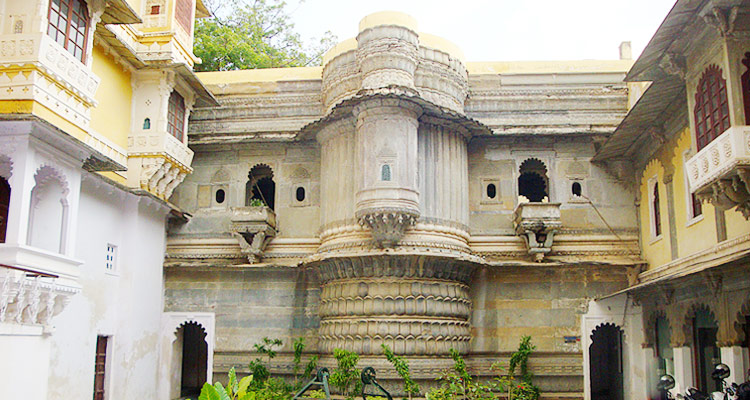 Head to Bagore ki Haveli to experience the true Rajasthani Folk art and reminisce the beauty and splendour and rich heritage of the city of lakes. In just one hour, you will enjoy a blissful cultural evening of musical dance performances, magic shows, and puppet dances influenced by Rajasthani tradition, all without burning a hole in your pocket! Festivals, weddings, childbirth, and the change of seasons are all included in the show. It’s the ideal location for learning about the Rajput royal lifestyle. 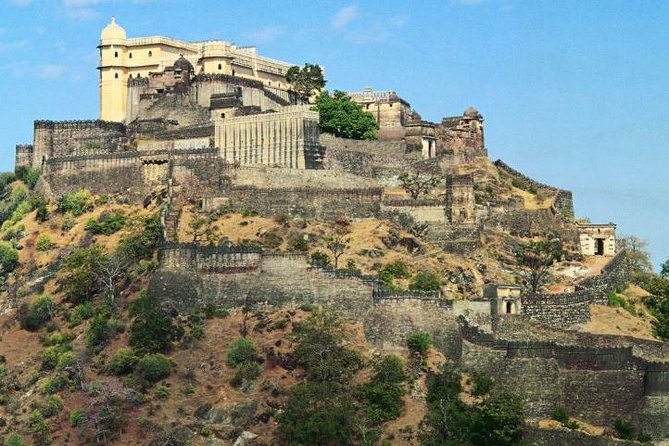 Kumbhalgarh is 82 kilometres away from Udaipur and lies in Rajsamand District, and it is the birthplace of Maharana Pratap, the great warrior of the Mewar. It was built in the 15th century by Maharana Kumbha. In the late 19th century, the fort was opened for tourists. It is the important fort of Mewar after Chittorgarh.

The fort is accessed through seven different gateways named Aret Pole, Hanuman Pole, Ram Pole, Vijay Pole, Nimboo Pole and Bhairon Pole. All gates lead to the palace complex, and some are built with additional structures at a later stage.

Chittorgarh Fort is the largest fort in India. Earlier it was the capital of Mewar. The fort is spread in an area of 690 acres and situated at the height of 590 feet over a hill that lies on the bank of Berach River.

The Mewar Emperors lost the fort thrice to the Mughals in the battles fought in different periods. In 1303 Allauddin Khilji defeated Rana Ratan Singh. Bahadur Shah defeated Bikramjeet Singh in 1535, and Mughal Emperor Akbar defeated Maharana Udai Singh II in 1567, who left and founded Udaipur as his next capital of Mewar. Approximately 13,000 Rajput Ladies committed Jauhar after the successive defeats of Mewar Emperors.

A zigzag hill road of more than 1 kilometres in length from the new town of Chittor leads to the west end main gate of the fort, known as Ram Pol. Within the fort, a circular road provides access to all other gates and monuments. The fort has seven gates or Poles, and they are Padan Pole, Bhairon Pole, Hanuman Pole, Ganesh Pole, Jodla Pole, Laxman Pole and the main gate is known as the Ram Pole. A road within the fort provides access to the numerous monuments, ruined structures, and temples. Once, the fort had 84 water bodies and only 22 are left as of now. It was in the form of ponds, wells, and step wells. These water bodies were filled during the rainfall. The various other historical monuments of interest at the fort include Vijay Stambh, Kirti Stambh. 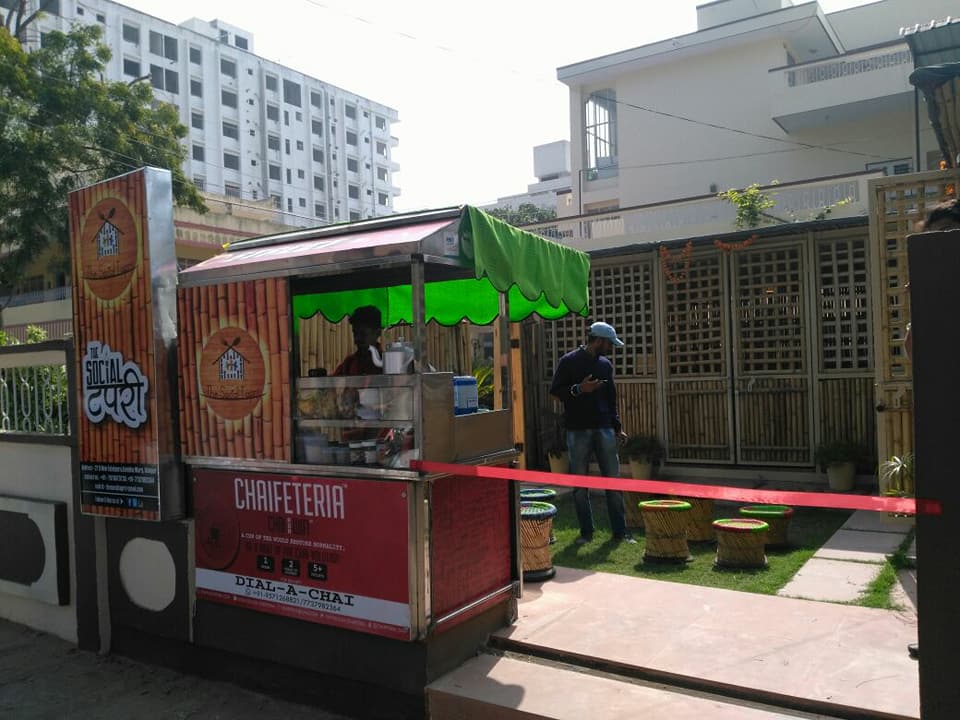 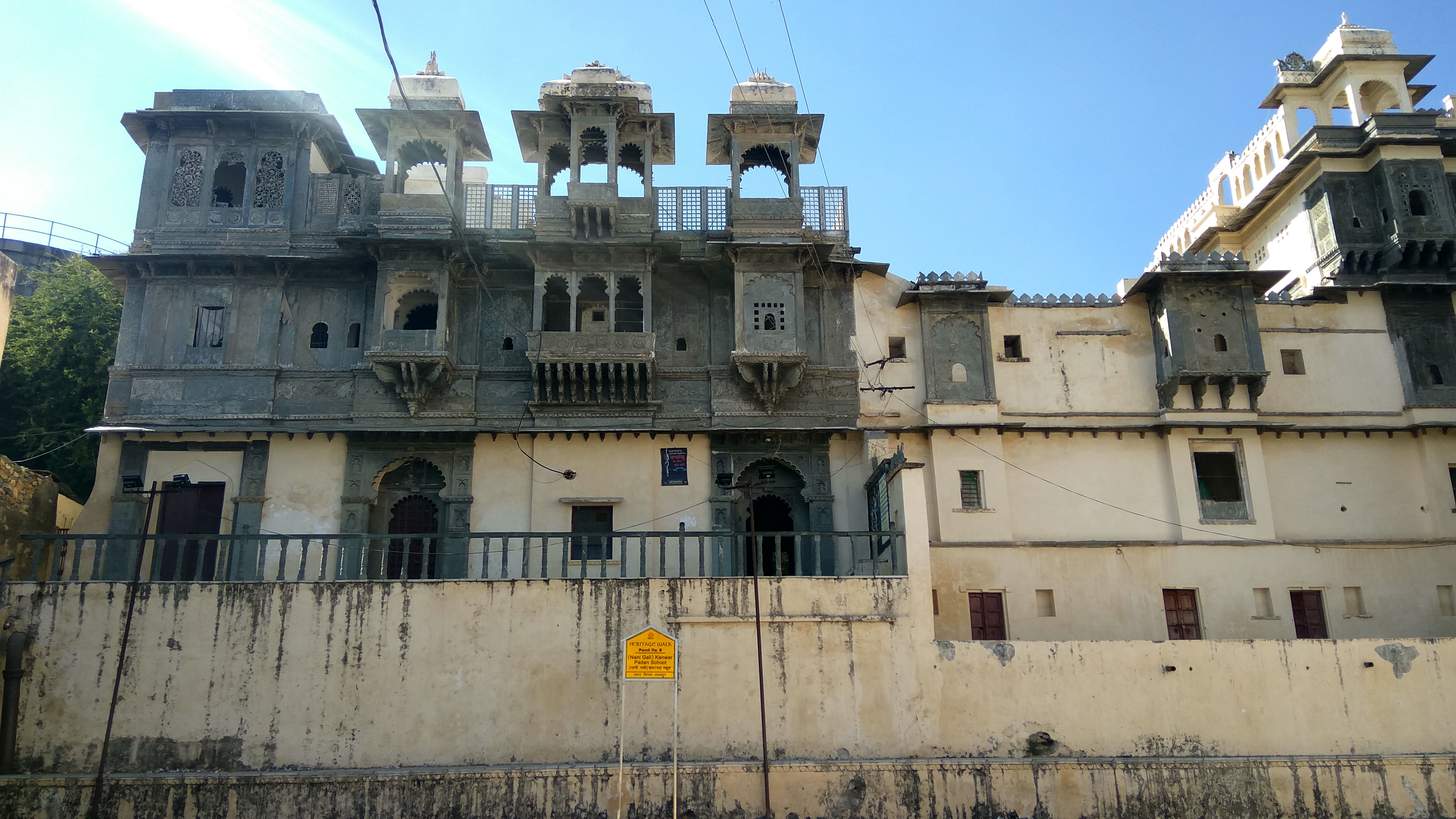 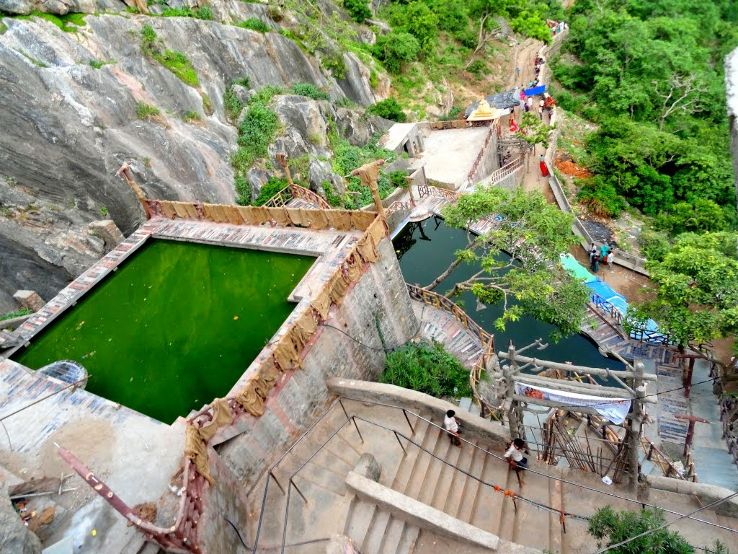 The Story behind Parshuram Mahadev Temple

An Interview with IT Head @ HRH Group : Mr. Vijay Choudhary