Udaipur recently hosted a one of its kind food and music fest, organized by the West Zone Cultural Centre (WZCC) almost a week ago from October 25th to 29th at Shilpgram, which inevitably was one of the biggest food festivals to have been conducted in the city, funnily enough, agreeing to the fact that not many food festivals have been arranged in the city within the past few years. Nevertheless, as they say, its never too late, and so with the setting up of Sharad Rang – Food and Music Festival, we received an opportunity to witness exhilarating performances by different artists from all over the country delivering breathtaking dance and musical performances while hogging on some mouth-watering traditional delicacies of various states of India.

For those who missed a chance to munch on some of the very many delicious food items presented at the fest, here’s a quick overview of the different stalls and the mélange of food served  :

The stall, as the name suggests had decorated containers of mithai (sweets) but didn’t quite boast of Awadhi sweets in particular. Although whatever that we tasted was very fresh and good, it didn’t totally feel like we were trying something new. They had Rabdi, Kulfi, Gulab Jamun and Kesariya Doodh (Saffron Milk) and were very affectionate, because obviously, ‘Muskuraiye, ap Lucknow mein hai!’ This was yet another stall owned by the same smiling face who served us Kulfi and Gula Jamuns. This stall had Basket Chaat, Baingan Chaat (Brinjal Chaat), Palak Chaat (Spinach Chaat), Moong Daal aur Mewa ka Dahi Bada. We tasted the Palak and the Basket Chaat and the first bite alone left us ordering a second one! Crispy and tangy just what a chaat should taste like. Well, Kashmiris weren’t far behind in the race too. Coming all the way down to Rajasthan, they obviously had something appetizing in their menu too. While we sipped on Kahwa (a Kashmiri drink made of green tea, saffron, cinnamon, cardamom, and almonds), the owner of the stall told us about the delicacies he had prepared. Specialities included Rista, Gushtaba, Chicken Dhaniya Korma and Rogan Josh! Beginning of a Daawat surely, no? Maharashtrians came with their set of preparations as well. Serving Zunka Bakar (a tempting preparation of  Jowar and Gramflour, the staple food of rural Maharashtra), Chaat Cone, Sabudana Vada, Puran Poli (sweet flat bread made with gram flour and jaggery stuffing) and Matka Roti, it was no doubt one of the major attractions of the festival, having already hooked the nation to the world famous Vada Pav! Are you addicted too!? Gujaratis never lag behind, you just name anything, and Gujaratis are sure to put you in awe. Nothing less can be said for Gujarati food and the love that they sprinkle over it. How could anybody not like the food served with so much of love and warmth? Gujarat brought a dozen of dishes on the plate to devour. Ranging from Thepla, Methi Gota, Ragda Patis, Undhiyu, Khandvi to Dabeli, Fafda, Jalebi, they had almost all of Gujarat kept on the table. Even we got confused what to eat and what not to! This was apparently the most talked about stall of all. Food from Gujarat, Maharashtra and the South is much talked about these days, but we know very little of what Bihar has to offer. We were quite impressed seeing the crowd rushing to savor food from Bihar and eating with such fervor their specialties like Litti Chokha (Litti – lentil stuffed balls made of wheat, Chokha – dip made of eggplant, mashed potatoes, and tomato), Mawa ki Anarsa, Shahi Hing Kachori, Ghugni, Sattu Kachori, Mawa ka Chandrakala, Lal Mohan. Litti in the Litti Chokha had striking similarities with Baati, the only different thing being the gram flour stuffing. South Indian and Punjabi food is not new to Rajasthan. It has become a part of almost every restaurant menu and wedding and other celebrations. We had hoped for some better and new dishes apart from the Masala Dosa, Aloo Paratha, Gobhi Paratha, Spider Roll (similar to spring roll) but it failed to amaze us. The food was cold and double fried (referring to the Spider Roll here). There was one similar stall also serving Punjabi food in the form of Chole Bhature, Amritsari Kulcha, Sarso ka Saag, Makai ki Roti, which was otherwise fresh and tasty but didn’t quite hit the mark. Lucknow has seen the footfall of various Nawabs in history and unlike any other stall we had high hopes for finding nice non-vegetarian food from Lucknow and just when we started feeling the absence of one, this came to the rescue! This was a huge setup and served vegetarian as well as non-vegetarian delicacies but with a drawback; they cooked both veg and non-veg in the same pan using the same oil which made it really worrisome for some vegetarians to choose to eat there. Apart from this, Mr. Aabid Ali Qureshi was a jolly person and insisted us on tasting each and everything. We tasted the Zaafrani Phirni which was mindblowing and some other specialties being Galauti Kebab, Chicken Masala, Mutton and Chicken Biriyani, Warki Paratha, Reshmi Tikka and Roasted Chicken. It was truly a treat for non-vegetarians. What are your views? Should we have more festivals like these in our city?

We would love to receive a feedback from you and make improvements for our upcoming articles. Please comment your suggestions and thoughts below. Don’t forget to share. Happy Eating!

P.S – The information mentioned above has been numbered just for the sake of reading and doesn’t pertain to any ranking of any sort. 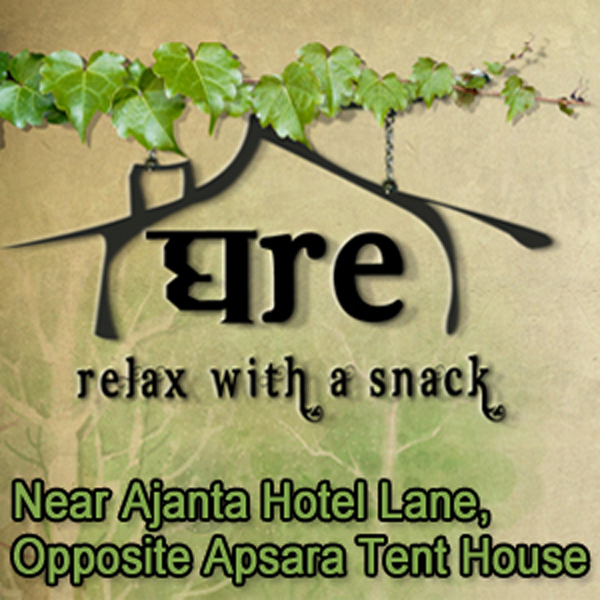 Ghare – Relax with a Snack 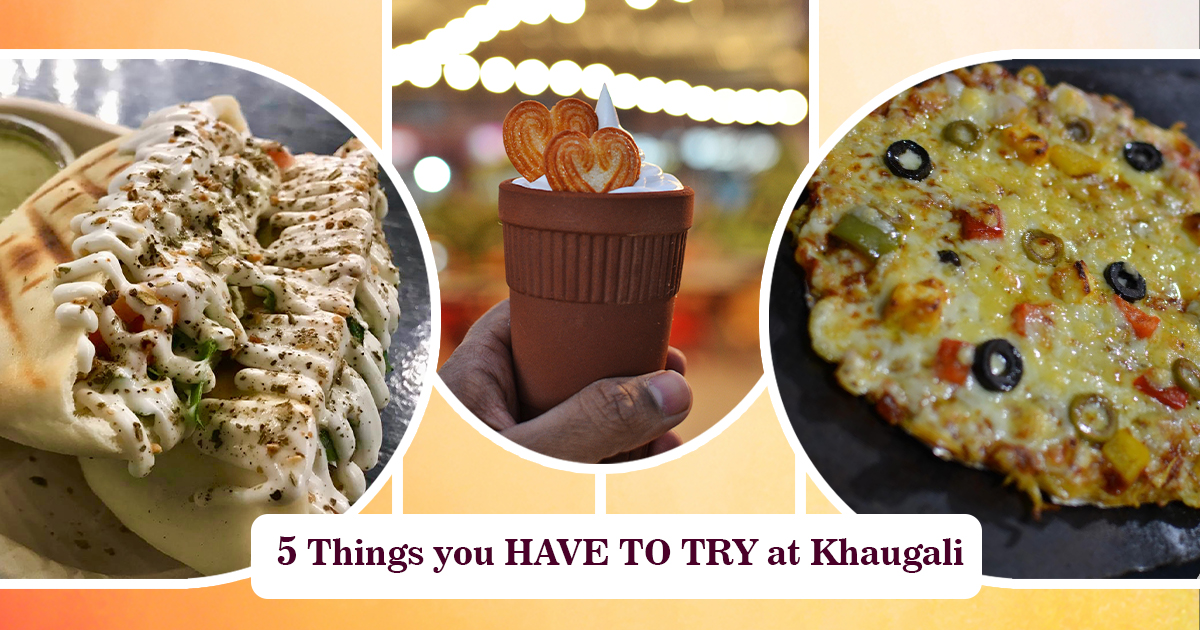 5 Things you HAVE TO TRY at Khaugali

Trend Alert! This Store in Udaipur Is Creating Awesome Clothes Exclusively for Grooms