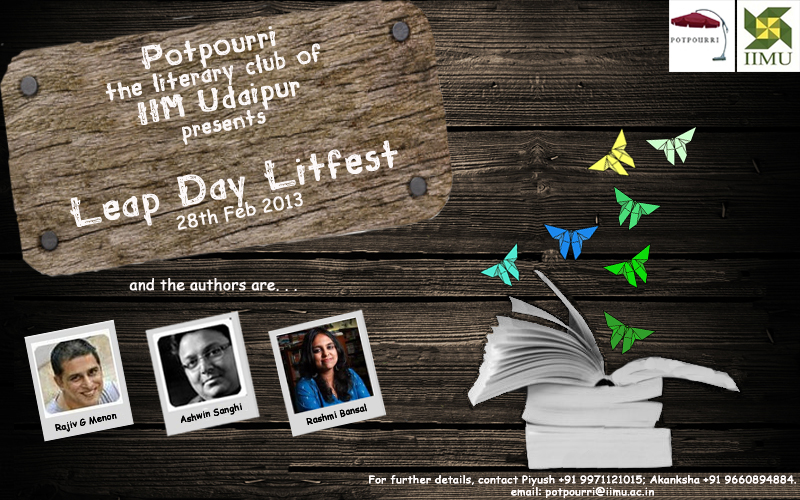 The Udaipur Leap-Day Lit Fest (ULLF) is the first-of-its-kind literary fest is being conducted by Potpourri, the Literary Society of IIM-Udaipur on February 28, 2013. The ULLF will be held on the IIMU campus and will have an eminent panel of authors discussing two central themes: ‘Indian Mythology and Fantasy through New Age Fiction’ & ‘The Future of Social Entrepreneurship in India’. The list of participating authors includes literary luminaries like Ms. Rashmi Bansal, Mr. Rajiv G. Menon and Mr. Ashwin Sanghi.

The ULLF will also have the authors interacting individually with the audience on varied topics like what led them to take up writing as a career and how life is like for an up-and-coming Indian author. The goal of the ULLF is to be a celebration of contemporary Indian writing while also promoting the love for reading and writing among business school students in the country. With this in mind, the audience for the first edition will not be limited to just students and staff from IIM Udaipur, but will also have students invited from all over Rajasthan and nearby states, local literary figures and other eminent personalities. The entire Fest will be broadcast Live over the Internet through Youtube.

The Fest aims to be the first annual event of its kind at any top B-School in the country and the organizers have hopes of having it counted amongst the preeminent literary festivals in the country over the coming years.

IIM Udaipur, which is the youngest of the 13 IIMs, has been very active in promoting events that will set it apart from the other top tier business schools. An extension of this has been the efforts of its Literary Society, Potpourri who have already conducted a number of unique events on both the local as well as inter-collegiate levels, such as the recently concluded Udaipur Amazing Race held on February 10.

Rashmi Bansal is a writer, entrepreneur and a youth expert. She is also the author of four bestselling books on entrepreneurship – Stay Hungry Stay Foolish, Connect the Dots, I Have a Dream, and Poor Little Rich Slum, all of which have attained bestseller status in the country. She is the co-founder and editor of JAM (Just Another Magazine). She writes extensively on youth, careers and entrepreneurship on her blog, Youth Curry.

Ashwin Sanghi has a B.A. (Economics) from St. Xavier’s College, and an M.B.A. (Finance) from the Yale School of Management. However, unlike other businessmen, Ashwin has managed to build a successful career as a writer of mythological fiction. He has written such bestsellers as The Rozabal Line, Krishna Key and the ever popular Chanakya’s Chant, which has continued to dominate the Indian fiction charts ever since its launch in 2010. The subjects of his works cover wide domains such as Jesus dying in Kashmir to Mauryan political intrigue.

Ashwin is currently working towards a Ph.D. in Creative Writing. Ashwin lives in Mumbai with his wife, Anushika, and his son, Raghuvir.

Before setting out on a writing career, Rajiv G. Menon was an actor, occasional screenwriter, traveler and beach bum. A voracious reader since childhood, he was fascinated by stories and characters from Indian, Greek and Norse Mythology. Thundergod, the first part of his Indra trilogy was born as a result of that fascination. Being of the opinion that the mythology we know now has been written by the winning side, Rajiv feels that there can be an interesting view from the other side as well.

Rajiv lives in Bangalore and has previously made films in Tamil. 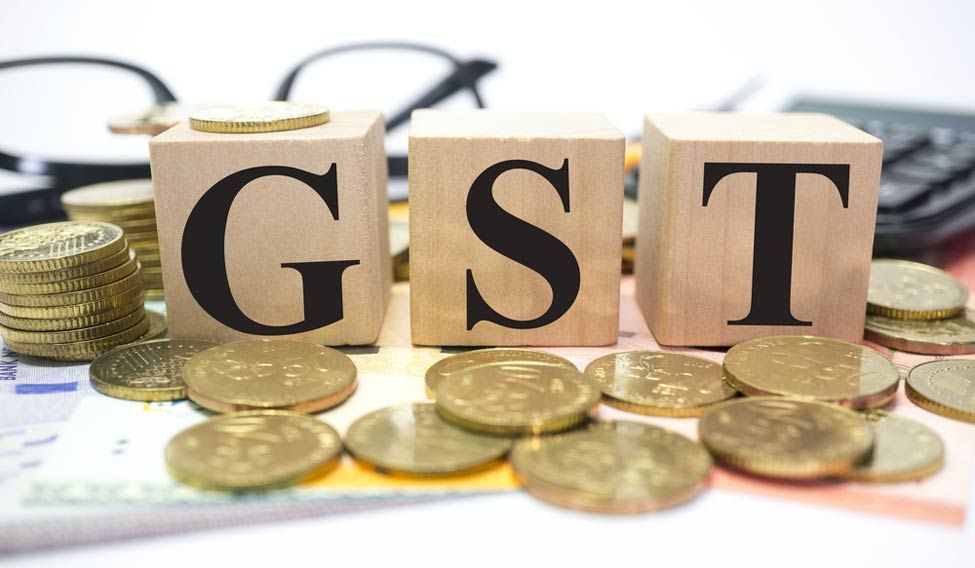