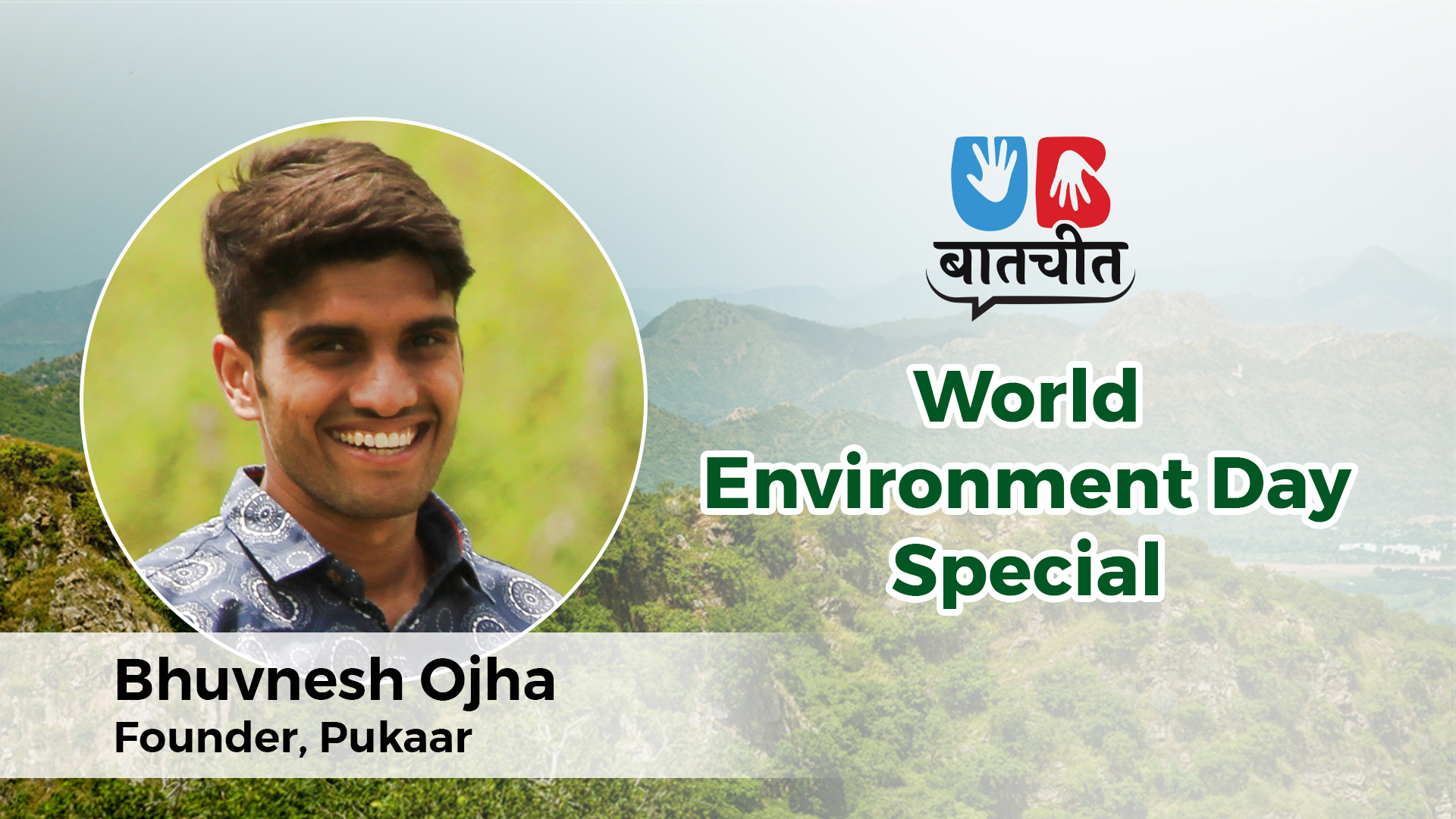 As we mark World Environment Day (WED) on 5th June, we should pay attention to warnings and take them seriously. And environmental alarm bells are no exception! On biodiversity loss, environmental degradation, and climate change, there are a plethora of startling statistics. Facts to which we can no longer turn a blind eye. So, in the lead up to World Environment Day, we bring you another episode of UB Baatcheet. We have all heard about how important it is to plant trees, but we aren’t so quick to implement. Therefore, to know about the dos and don’ts of plantation, we have an expert who will educate us about the same. Today, our guest is Mr. Bhuvnesh Ojha, Founder of Pukaar Foundation, an exceptional environmentalist and has inspired everyone around us. Let’s hear about how they started and what inspired him to work for the environment.

Watch the full video below:

Highlight transcript from the video:

How did you start Pukaar?

It has always been my dream to work for the environment. This thought came into my mind when I was in 8th grade, and I saw that my village (near Bhilwara) has a lot of uncultivated and barren land. I used to hear from my grandfather and father that many farmers are committing suicide due to lack of land and crop production, so I thought, why not make the barren land useful by giving it some attention. But obviously, when I discussed this idea with my friends, they told me that I would need capital/money to start social work. I heard about some guys who went to IIT and got a package of 1 crore per year, and I thought, why not do something like this to raise money for my social work. I went to Kota for higher studies, and there I found motivation from various experiences that now is the time to start doing something for the environment. I still remember that quote from Steve Jobs – “If today were the last day of your life, would you want to do what you are about to do today?” and that hit me hard. We planted the first plant of Pukaar on 10th March 2013; at that time, we were not even sure about the name of this foundation, and we were just a bunch of friends from my colony. Slowly and gradually, the children in the neighbourhood also started taking part in the plantation drive. We started buying plants from our pocket money and planted 20 to 30 plants. Our work slowly got viral on social media, and we got a lot of requests for volunteer work. So, on 10th November 2013, we did a plantation drive outside our colony (100 ft. road, Udaipur), and we dedicated a Sunday for planting trees. After that, it became our motive to dedicate every Sunday to plantation drives with as many people. From 2013, we have dedicated 310 Sundays till now.

What challenges has Pukaar faced till now?

The biggest challenge was to raise awareness about planting trees and explaining to people why it is such a big deal. I was a teenager when I started plantation drives in Udaipur and when we used to talk to senior people or give them advice about which plant to use, they had this sense of superiority that was a challenge. Funding was another challenge we faced, and I believe a lot of non-profits face the issue where they cannot get enough funding to support the cause. Also, after receiving the funding, the implementation process further becomes a challenge. However, when there is a team spirit and passion for making a difference, the obstacles seem smaller.

When did you know that you can make a difference on a bigger scale?

Even after working for a decade, I still can’t make peace with what we have done so far. When your targets are bigger, then getting every accomplishment to feel small. However, when I see that the forests we planted and cultivated are now home to honeybees and birds, that makes me immensely happy and motivated me to do more and more plantation drives.

What is Miyawaki Forestation, and what steps did you take in this direction?

Miyawaki is a technique where you can plant a forest even in a tiny, room-size area. The technique is immensely helpful for your health as well as your biodiversity. Dr. Akira Miyawaki, a Japanese Botanist, invented this technique in the 1970s, and he followed the natural process to make this standard method of growing a tiny forest near you. It is imperative to plan local crops or plants because only those will help the ecosystem around you. Every soil has its own components, and it is vital to understand the same and plant trees that are suitable for the environment. So, first, we try to extract a lot of forests near Udaipur, such as the Jaisamand area, Chirwa, Sajjangarh, and nearby regions. Then, we study the region’s soil and plant only those trees that can naturally grow there. These forests tend to grow denser with time and eventually helps to absorb the microbes and pollution around us. Basically, they act as a filter wall for you, which is why the Miyawaki technique became so popular.

What can we do, or the steps can we take to protect the environment?

The first thing I would like to say is that don’t plant non-native species around your home and switch to native species since only those plants contribute to the environment around you. Some of the best choices for a home garden or nearby areas are moulshree or Bosali, Amaltas, Kachnar or Bauhinia, Shehtoot or Mulberries, Harsingar or Night Jasmine, or Moringa (Sejan ki Phali) or Drumsticks.

What message would you like to give the readers of UdaipurBlog?

Firstly, I would like to say that whenever we want to achieve something big, we have to take baby steps. So, if we want to save ourselves and the earth, then we must restore the oxygen banks that is our forests and vegetation around us.

Let’s reconnect with our villages and stop the carbon footprint around us! More power to the people who are working for plantation drives and trying to make a difference. 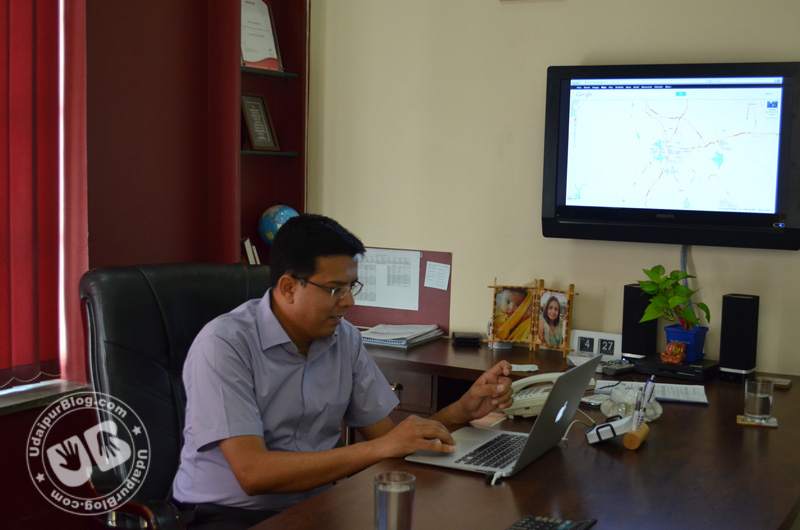 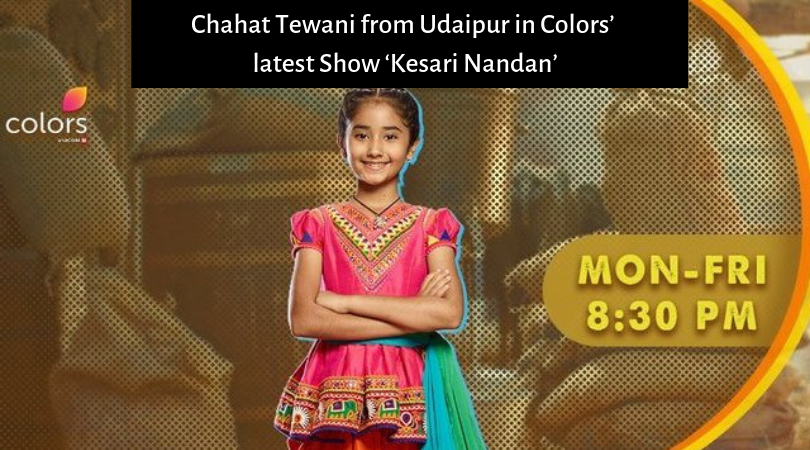