Did You Know About these Iconic Advertisements Shot in Udaipur? 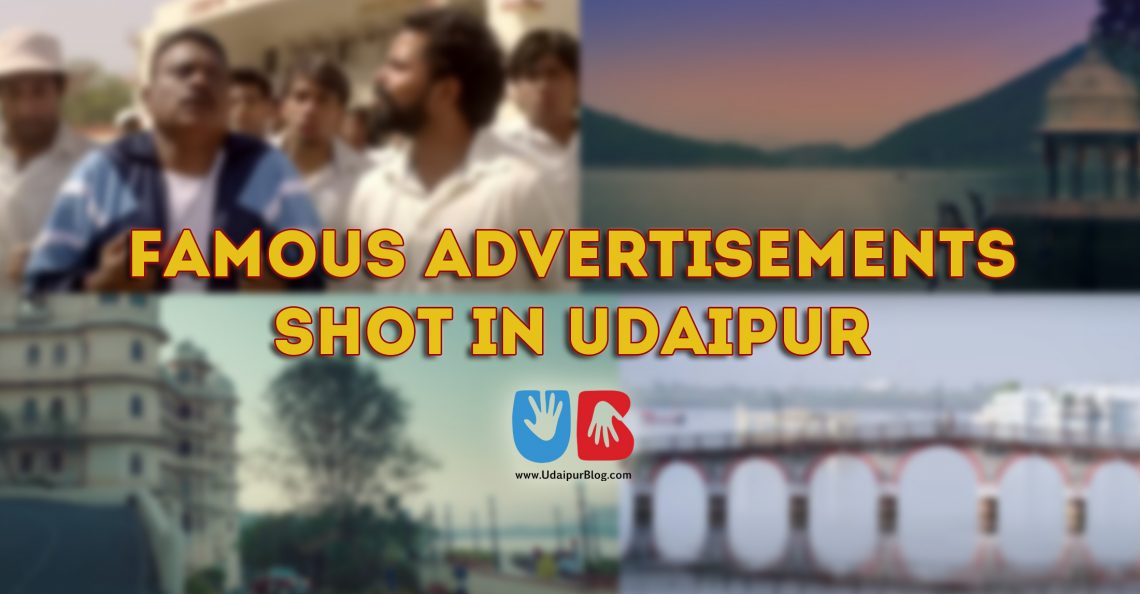 Udaipur is a beautiful haven situated in Rajasthan. The city is brimming with beautiful lakes, culture, and heritage, which attracts thousands of tourists across the world. Udaipur is not only famous as a popular tourist’s and wedding destination, but it is also a major and sought out location for shooting Bollywood & Hollywood movies, music videos, as well as some of the most iconic advertisements by flourishing brands such as Morris Garages (MG), Canon, Mahindra Group, Amazon, etc. So, did you know about these iconic advertisements that were shot in the City of Lakes, Udaipur? If not, then check out this blog to know about the famous advertisements shot in Udaipur so far.

The undulating terrains of Udaipur were used at their best in the MG Gloster’s advertisement. In the ad, we can see the vivacious car is shown flying through the Aravalli Hills, situated in the countryside area near Udaipur. The lush green hills, which you can especially experience during the rainy season in Udaipur, can be seen in the video.

The MG Gloster is not only India’s first Autonomous Level 1 Premium SUV but also known the biggest SUV in its segment. MG or Morris Garages is a British marquee now owned by SAIC and are known to make cars with one of the latest tech on markets, and is a very recent entrant to the automobile market of India. and what could be a better place than countryside Udaipur to show the true USPs of this mighty flagship SUV from the brand.

Mahindra Group’s advertisement was extremely engaging and gained a lot of exposure due to its powerful message with the hashtag #LadkiHaathSeNikalJaayegi.​

The advertisement features Udaipur’s old city, showcasing the beautiful and historic locations such as Jagdish Chowk, Chandpole Bridge, Gangaur Ghat, Fatehsagar Lake, and Rani Road. Mahindra Rise is a technology and innovation-led, an international federation of companies that offer a broad range of services, products, and possibilities to rise. The advertisement shows the efforts taken by Mahindra Rise under their initiative or project Mahindra x Nanhi Kali, under which more than 350,000 girls received education across India.

Amazon India shot an amazing advertisement in Udaipur, highlighting one of Udaipur’s most famous grounds, i.e., Gandhi Ground. The commercial depicts the Chonkpur Cheetah team that got added to the T20 season lately. The advertisement is all about buying products related to sports and everything else on Amazon India. Amazon’s #SapnoKiApniDukaan commercial was a great success and received a solid engagement from the audience.

The commercial is to promote the Amazon Great Indian Festival, which is held every year withholding amazing offers for people to buy products at a cheap rate. The advertisement is shot in Udaipur reflecting the aesthetic streets of the city.

The advertisement is all about adding the taste of Maggi all over India. The initial part of the commercial includes the beautiful tourist spots of Udaipur. At the very starting of the video, you can see the orange hues in the sky, Fatehsagar Lake, Ganguar Ghat, and the historic lanes of Old City. Our city has been magnificently portrayed in the video, followed by snippets from the Blue City, Jodhpur, Punjab, etc.

Incredible India | The Maharani of Manhattan

The video by Incredible India sincerely reflects the true luxury of Indian Designs. Udaipur and its heritage are wonderfully highlighted with a beautiful message i.e., Find the Incredible You, defining luxury as well as the splendid culture of India. The commercial is shot in Udaipur showcasing the famous tourist destinations in the city such as Ganguar Ghat, Lake Pichola, Ambrai Ghat, City Palace, etc. The regal City Palace’s exterior and interior areas such as Mor Chowk, the cushioned Royal Swing for the Maharani, and more can be seen in the advertisement. The ever-enchanting palace hotel Oberoi Udaivilas can also be seen in the visualization. Also, we can see the lanes of Old City Jagdish Chowk and art shops in the commercial.

The video truly defines travel and tourism in the City of Lakes, Udaipur. Naudic is an Australian clothing brand that is famous for its vibrant and enchanting product line. The commercial for Naudic Australia for Skylark Productions India was shot in Udaipur by The Crew Production where they have beautifully used the historic and aesthetic streets of Ghanta Ghar, Jagdish Chowk, etc. to capture some artistic shots. Bird-eye view of Lake Pichola, the scenic City Palace, and Gangaur Ghat casting its golden lights in the evening has given an appealing backdrop to showcase the apparel brand. Lake Palace, Chunda Palace, and other royal hotels of Udaipur can be seen in the video as well. The nomadic and adventurous life with Udaipur tourism is truly reflected in the commercial.

The commercial is about the 2016 Kabaddi World Cup India. It is a visualization showing the journey of a Kabaddi player who belongs from a small town and becomes a champion later. The commercial got famous through its hashtag #ReadyToRaid. The video is shot in Udaipur, where we can see a shot of Lakecity Mall, Old City, and several other glimpses of our beautiful city.

The show Pickle Nation airs on the Living Foodz channel and this video is done with one of the best Indian Chefs, Kunal Kapoor. The video is shot in Udaipur and the utterly charming sunset view taken from a bird-eye angle from Karni Mata Temple is a delight to see for us Udaipurites! City Palace, The Oberoi Udaivilas Hotel, Lake Pichola, Lake Palace, and more such tourists’ locations featuring Chef Kunal Kapoor can be seen in the video.

So, these were some of the commercials that were shot in our City of Lakes, Udaipur. Hope you received some insights from this blog! I, for one, am very curious about knowing what took place in our city and things that are the talk of the town. If you are one of my kind, then read this blog and know more about the movies shot in our beloved Udaipur. 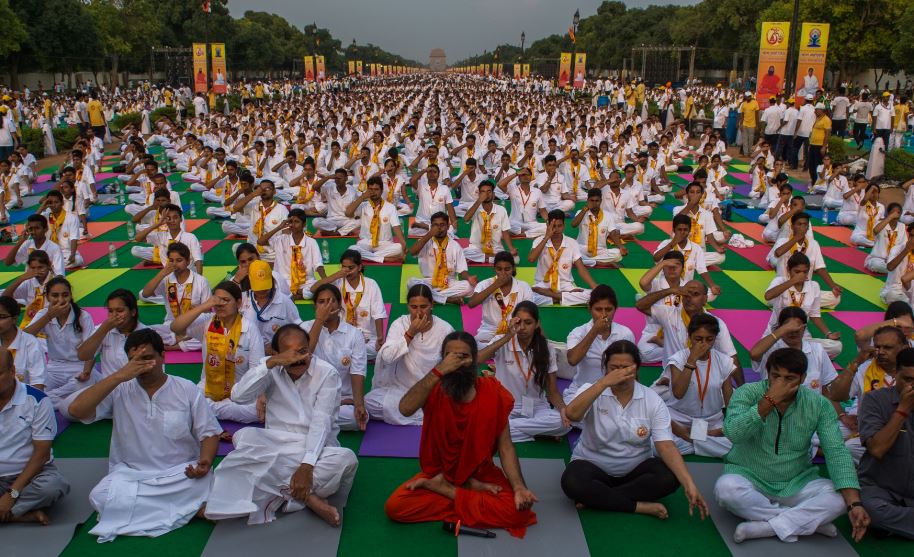 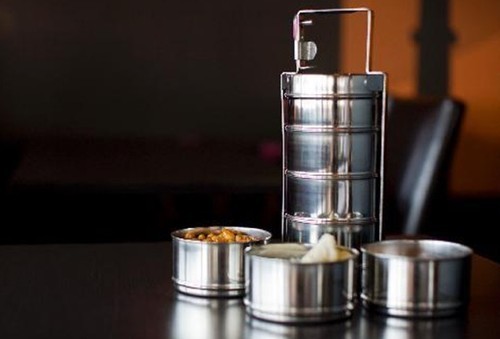 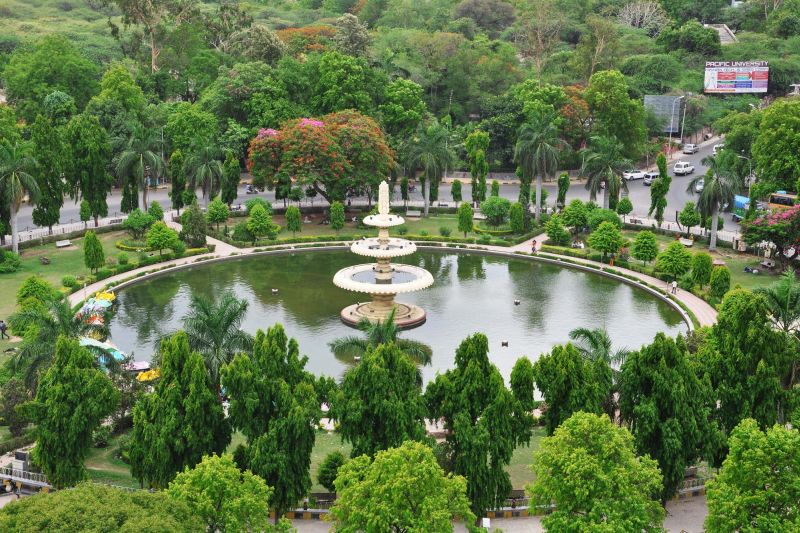 5 Resolutions Every Udaipurite Must Take This Year!!!

World Theatre Day 2021 - Know About the Theatres in Udaipur